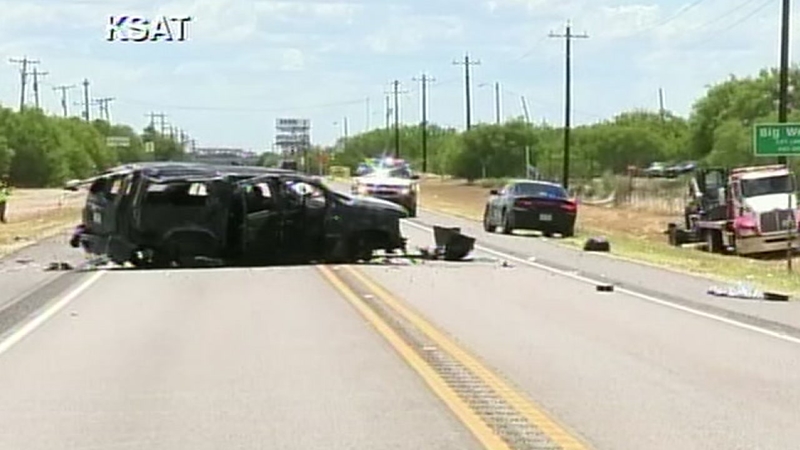 According to Dimmit County Sheriff Marion Boyd, the vehicle was traveling around 100 mph when the crash happened off Highway 85, WOAI reported.

The driver of the vehicle was trying to escape agents around noon Sunday when the vehicle went off the road, officials said. The driver tried to correct the vehicle, which caused it to rollover on the highway.

During a press conference, Boyd said 14 people were in the vehicle, including the driver and passenger. Two people are believed to be U.S. citizens.

Several people were ejected from the vehicle during the crash. Four people were pronounced dead at the scene, officials said. A fifth person died at a San Antonio hospital.

The driver was taken into custody.

Boyd believes the driver was scouting the area to try and pick up immigrants.