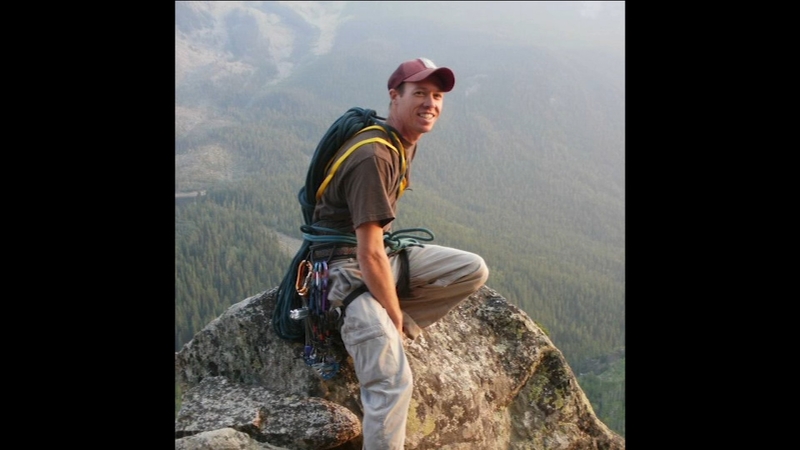 CHP Pilot officer Scott Rodda along with his flight paramedic and a Yosemite rescue technician responded to the call of a climber stuck on Mount Watkins inside Yosemite National Park.

All three men more than 1,400 feet above the valley floor, trying to save Vincent Worth, 39.

The Colorado man slipped and fell roughly 50 feet before his safety rope caught him...leaving him trapped on the ledge.

Officer Rodda focusing to keep the helicopter's blades away from the wall lowered one of the rescuers to Worth.

"We inserted the rescued technician on the wall he assessed the injuries and said we can get him off with a simple harness," said Officer Rodda.

The video shows them doing just that, working together to hoist the climber.

After he was reeled to the top and placed inside H-40, it was time for the second rescue.

"His climbing partner was about 150 feet above him," said Officer Rodda.

And it did not take long before the camera captured that man being safely removed too.

Two daring rescues in rugged terrain that did not take long.

"From the time of hook down to hook up probably three minutes," Officer Rodda said.

And it's all because of the teamwork from three first responders who train twice a year together to pull a rescue like this off.

"Out of all the rescues I've done this one was the quickest, " Officer Rodda said.

The climber who fell suffered serious injuries to his arms and legs.