Authorities are investigating a homicide after an inmate was killed at California State Prison, Corcoran.
KFSN 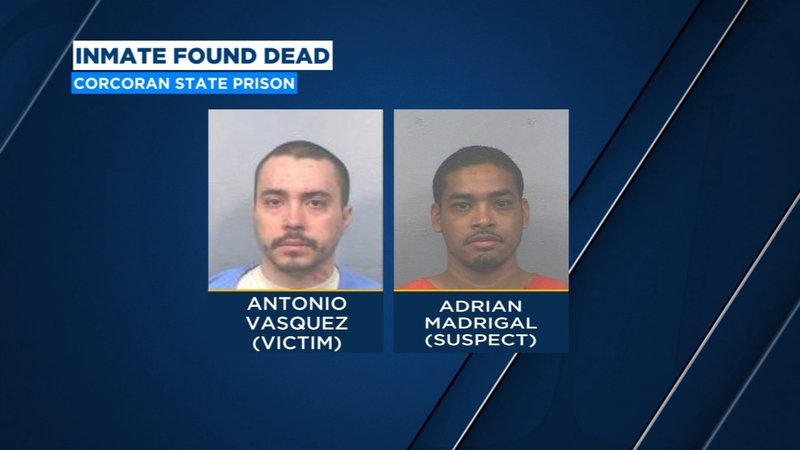 FRESNO, Calif. (KFSN) -- Authorities are investigating a homicide after an inmate was found dead at California State Prison, Corcoran.

Detectives say officers found Antonio Vasquez, 27, unresponsive, covered by a blanket during a security check around 10 p.m. on Saturday.

Emergency crews tried to revive him, but he was pronounced dead a short time later.

Vasquez was serving a 22-year sentence for second-degree attempted murder.

His cellmate, Adrian Madrigal, 31, is a suspect in the homicide. He was sentenced to more than 33 years in prison for voluntary manslaughter.