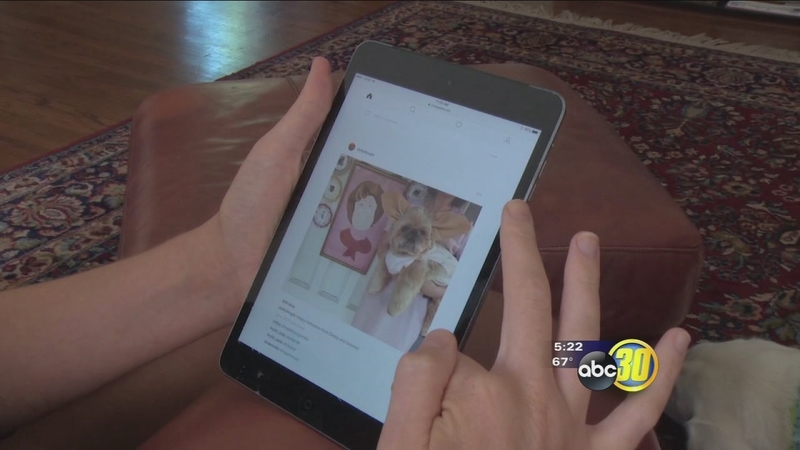 Merrill Hardy West is a self-proclaimed Instagram addict. The former Radio City Hall Rockette and Broadway dancer, is a fashionista. So shopping and scrolling at the same time is a win-win.

"Blanket scarves are in right now and I've bought several of them, and also a couple of different purses."

Merrill's had great experiences but that's not always the case.

In fact, Instagram is a hot new hangout for counterfeiters.

A recent study looked at 150,000 posts using the five most popular fashion hashtags like "Louis Vuitton" and "Chanel" and found that nearly 20-percent featured counterfeit items. Things like handbags and watches.

That's no surprise to the Assistant Director of Homeland Security Investigations Bruce Foucart.

"Unfortunately, counterfeits have proliferated via social media as well as the third party marketplaces. And it's something that we're very, very aware of."

Experts said Instagram counterfeit kings also use sophisticated bots to run multiple accounts at once. And if you run into one, you don't just risk buying a cheap fake.

"The fact that could happen blows my mind," said Merrill.

We reached out to Instagram, which told us it responds to reports of counterfeit content sometimes within hours and proactively fights back with "sophisticated spam detection and blocking systems."

The study found counterfeiters are constantly fighting to stay ahead of detection, doing things like embedding information in images. And often using instant message apps for contact.

"Somebody asking, ya know, for me to contact them via some sort of other app would be kind of like me going into a backroom, which I would never do because that would be very scary," said Merrill.

Other red flags-- if you can not verify a phone number, skip the sale. If a price looks too good to be true, it probably is. Be leery of stock photos unless you're buying from a retailer.

And over the holidays Foucart said, "You're going to go out and you're going to be buying presents. So, it's the time that counterfeiters know that they can take advantage of you. Do your due diligence."

Some key words used in counterfeit posts are "original", "replica", and "cheap".