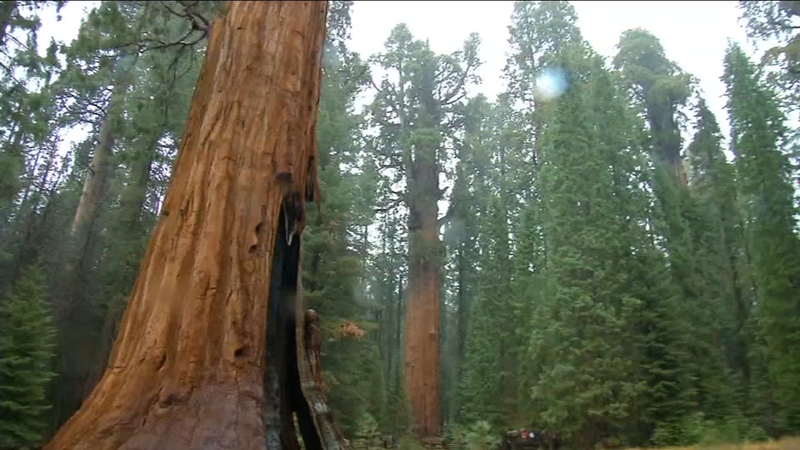 Some are closed, but in our backyard, Yosemite, Sequoia and Kings Canyon all remain open with limited services.

You won't have to pay an entrance fee.

But park-run campgrounds aren't being serviced and visitor centers are closed, as are some restrooms, and you won't see as many parks employees.

A Sequoia and Kings Canyon National Parks Spokesperson says staffing has been reduced to law enforcement rangers and a few maintenance workers -- the rest have been furloughed.

"Just trying to stay safe while we do this is really important," said Jessica Seales.

Jessica Seales and friends are on a tour of national parks along the west coast.

Given the trip took months to plan, she says news of the shutdown was disappointing.

But they're still going to see the big trees and do some hiking.

"I think that the national parks are a really important part of our heritage and being able to visit that on a holiday I think is really important," Seales said. "So yeah it was frustrating that politics got in the way of that."

Hussein Khalil and his family also included Sequoia in their trip itinerary.

Because of the shutdown, they say they won't stay as long as originally planned.

"So we're going to just come over here and see what we can see and then head back," Khalil said.

"It is my country, I want to see it," said Ann Khalil. "I don't get to see it because of what the opinion is of a certain group, cluster of people. We're a country of immigrants and that's what we are."