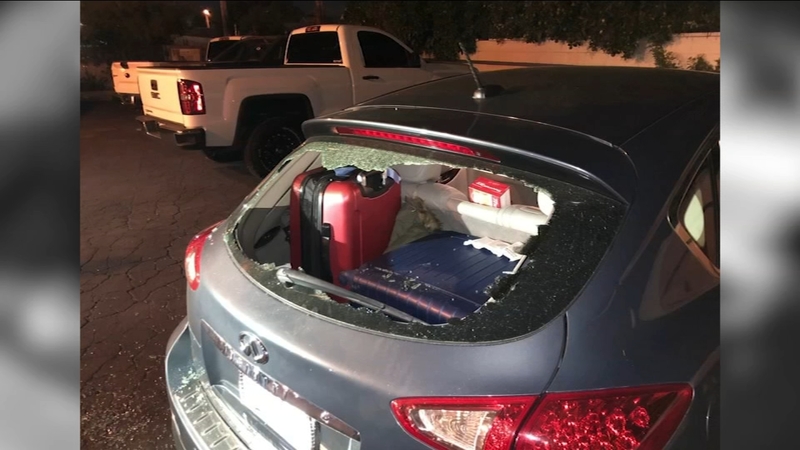 A Fresno restaurant is bringing in armed security after a series of car burglaries in their parking lot.

FRESNO, Calif. (KFSN) -- A Fresno restaurant is bringing in armed security after a series of car burglaries in their parking lot.

The latest victims were a family of tourists who lost their passports while on the way to Yosemite National Park.

The Israeli tourists' travel nightmare played out in the parking lot of Oaxaca Mexican Restaurant.

"They got everything valuable, even clothes, some of us didn't have clothes until we got here," tourist Giora Guttsait said.

Guttsait and his family are victims of one of Fresno's most prolific crimes.

In the last two weeks, car break-ins have increased by thirteen percent.

The owners of the restaurant say the two-person team in this video have hit other customers too.

"I feel completely saddened, I tried everything I can to change their minds how they feel about Fresno but I think at this point it's already too late," owner Benjamin Romero said.

The Guttsait's lost their laptops, clothes, and other valuables electronics.

They had to cancel their trip to Yosemite and drive down to the consulate in Los Angeles to pick up new passports.

"Make sure you're stuffing your luggage in the car and not visible to anyone, cover it up if possible. don't park in the back, try to park in the front," Guttsait said.

Oaxaca is making changes too.

"Happens a little too often, we are hiring security now, we are hoping it can stop," Romero said.

Romero says the investment is necessary.

Even if it's too late to change the minds of some of their customers.

The owners say they not only have problems with burglaries.