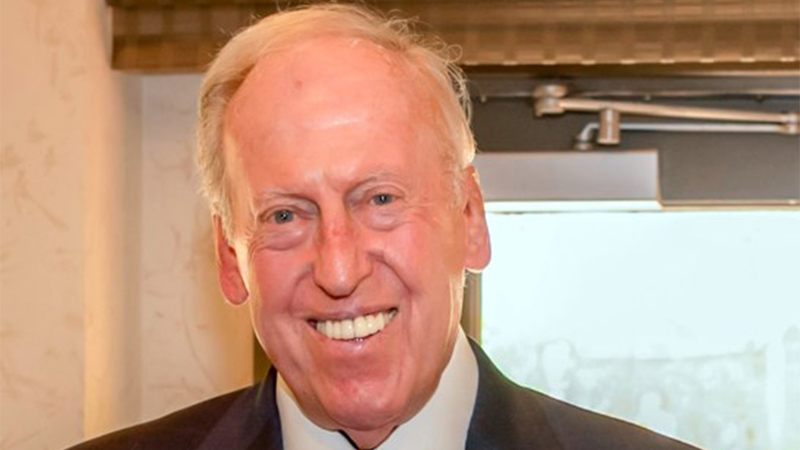 FLORIDA -- James E. Duffy, who served as president of the ABC Television Network for 15 years through the 1970s and early 1980s, has died at his home in Florida. He was 95.

Those who knew Mr. Duffy remember him as a man of wit, a proud Irishman, who, at the first sound of a keyboard, would break into song singing "Lucille" and almost any song from the 40s, 50s and 60s. His interests spanned generations and he valued people from all walks of life. In business, he was a broadcast legend.

His impact on television still resonates today. His innovations during a 46-year career ushered in new concepts in programming for children, public service projects, different forms of audience measurements, and new procedures in sales and affiliate relations.

As a result of his extensive experience in the industry, Mr. Duffy developed a unique perspective of the extraordinary power and influence, along with the tremendous responsibility of media. He made a conscious effort to ensure the network fulfilled its important social responsibilities.

Mr. Duffy joined ABC as a publicity writer in l949 in Chicago, IL. In 1960, Leonard Goldenson, the chairman of ABC, brought him to New York as director of national sales for the Radio Network. Two years later, he was named the executive vice president of the Radio Network. He was promoted to the television network in 1963, where he served as vice president in charge of sales for seven years.

In 1970, Mr. Duffy became president of ABC Television Network for an unprecedented 15 years. During his tenure, he was instrumental in making ABC-TV number one in program ratings and in national sales and increased the number and quality of affiliated stations.

In celebration of his 30th anniversary with ABC, the ABC Affiliate Association presented Mr. Duffy with a crystal statue inscribed, "He is the statesman among us all. He always sensed and did what had to be done - now, not tomorrow. His is the road to progress. He speaks and lives by the words: "Here is a way we can go together".

A self-described farm boy from Illinois, Duffy graduated from Oak Park River Forest High School (IL) in 1944. Following graduation, he enlisted in the Army Air Corps as an aviation cadet and served as a sergeant with the 925th Guard Squadron.

He graduated from Beloit College (WI) in 1949 with a Bachelor of Arts Degree and was awarded an honorary Doctorate of Laws Degree.

Duffy broke into broadcasting as an announcer at Station WBNB while attending Beloit College. He joined ABC as a publicity writer in l949 in Chicago, IL.

After his tenure as president of the network, Duffy served as president of the Office of Communications, Capital Cities/ABC, Inc. In that capacity, he initiated several special projects, including Project Literacy US (PLUS), where he served as the National Spokesperson with Barbara Bush. Mr. Duffy addressed a cross section of audiences in the
United States on education and literacy issues and the influential role of broadcasting in public service.

In 1996, he was honored with the National Literacy Coalition's highest recognition, The Lifetime Achievement Award, at a ceremony in the nation's capital. The recipient of many other awards for his work in literacy and education, Mr. Duffy received President Reagan's Volunteer Action Award in 1987; the American Legion Distinguished Service Award; the Gabriel Award for Individual Achievement; The Department of Health and Human Services Private Sector Initiative Award; The President's Award of the American Association for Adult and Continuing Education; the SER Jobs for Progress Presidential Award among others, in the succeeding years.

He was a cofounder of Youth, I.N.C., which serves youth organizations in the greater New York area and served on the advisory board of MENTOR, the National Mentoring Partnership.

Duffy also served on the executive committee and Board of Directors of the Library of American Broadcasting Foundation and on the executive committee of the prestigious Carnegie Foundation for the Advancement of Teaching. He also served on President Reagan's Private Sector Initiative Board, President George H. W. Bush's Education Policy Advisory Commission.

During his years in Sarasota, Mr. Duffy was a member of the Broadcasters Club of Florida, the Media Roundtable of Sarasota and The Literacy Council of Sarasota.

In January 2002, Mr. Duffy published his book, "The Wind in the Trees," a candid, poignant and often humorous story of his personal life and his many years in broadcasting. He also wrote a children's book, about his three loving and lively Jack Russell Terriers, "The Adventures of Emmy, Endy & Alfie Duffy, Too!"
He was an avid sports fan and enjoyed music, poetry, history and the wonders of nature.