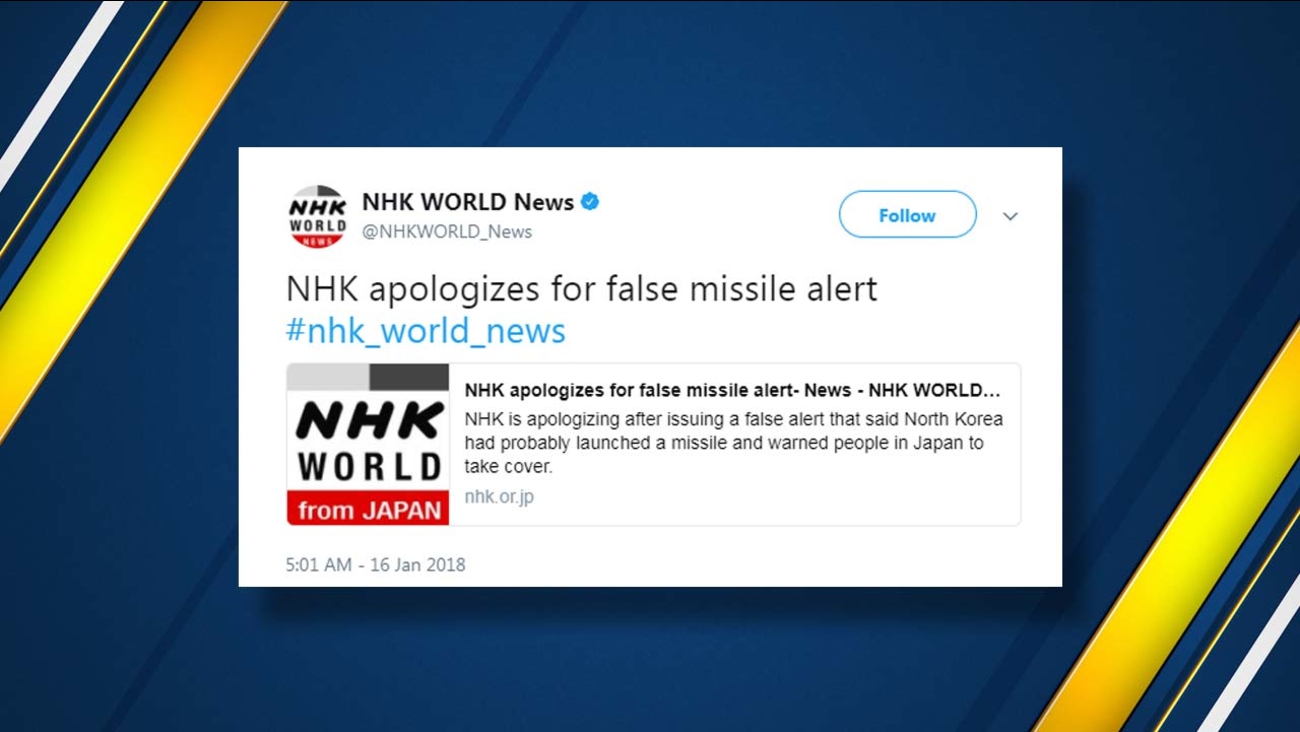 TOKYO (KFSN) -- Japan's public broadcaster mistakenly sent an alert warning citizens of a North Korean missile launch and urging them to seek immediate shelter, then retracted it minutes later, days after a similar error in Hawaii.

NHK television issued the message Tuesday on its internet and mobile news sites as well as on Twitter, saying North Korea appeared to have fired a missile at Japan. It said the government was telling people to take shelter.

Trump sets date for US TikTok shutdown unless deal is made