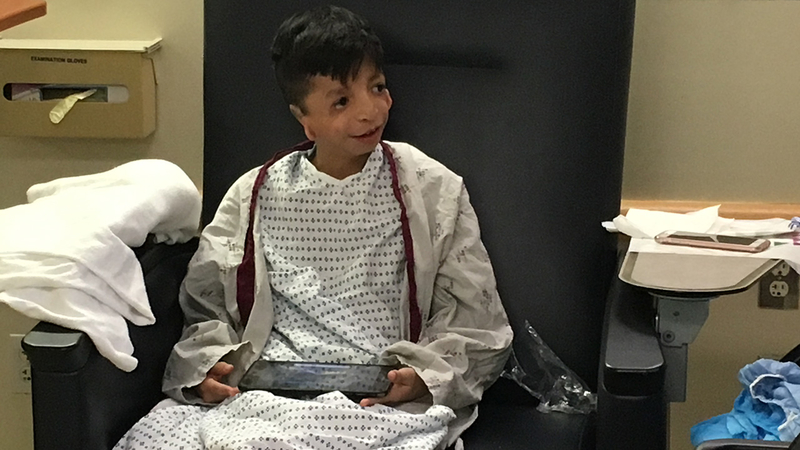 UPPER EAST SIDE, Manhattan -- A boy from New Jersey who was born without ears or ear canals underwent a life-changing surgery Friday.

Jared, a 12-year-old boy from Passaic, underwent the special four-hour procedure at Lenox Hill Hospital. And his surgeon, Dr. Thomas Romo, performed the procedure for free, as a gift from his Little Baby Face Foundation.

Jared was born with a birth defect called Treacher Collins Syndrome, which affects the development of bone and tissues in the face. It is rare, with about one in every 50,000 affected by it.

"Jared's case is complex," Dr. Romo said. "The cochlea is there, so he has nerve hearing. But it's like if you plugged both your ears up, and you were trying to hear." 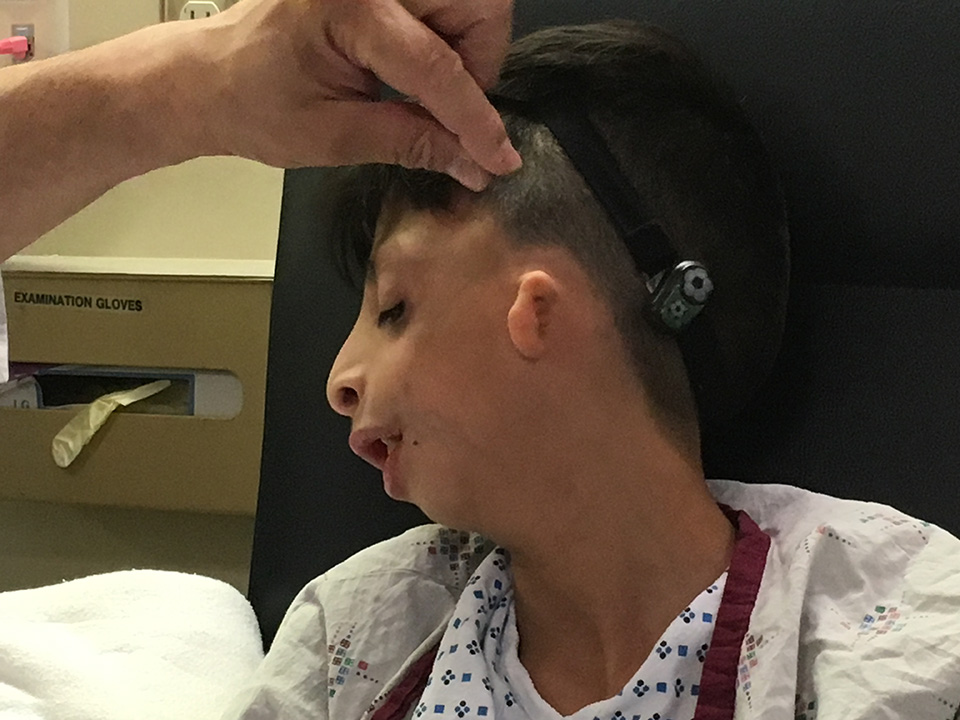 Many surgeries lie ahead. Several months ago, Dr. Romo used cartilage from Jared's chest to build him a right ear, and on Friday, he built him his left one. Jared wears a a bone-anchored hearing aid, which will eventually be implanted in his head in another complex procedure about three months from now.

Jared's mom, Sandra, said that at home, her soft-spoken son is like any other sixth grader.

Jared attends a special school for the hearing impaired, but outside of school, she said some people don't know how to act.

"So when you see a person looking at your son, you feel like, OK, people are different," she said.

Treacher Collins Syndrome was highlighted in the best-selling book "Wonder," which was recently was adapted to the big screen in a film starring Julia Roberts, Owen Wilson and Jacob Tremblay.

Tremblay played the a fictional role of a boy named Auggie, who is about Jared's age, who has Treacher Collins Syndrome.

While Jared's face may be missing certain muscles and tissue, it is filled with emotion. He was overcome with it Friday, but he was mostly thrilled at the chance to improve both his hearing and his appearance. After fist-bumping his doctor, he told us he wants a girlfriend someday.

He also loves science and soccer. Since he got his first ear, Dr. Romo said with a smile, "He cut his hair short. He got a stance."

Meanwhile, his mother said she hopes only good things lie ahead.