'In God there is no failure': The leap of faith a millionaire NFL star took that landed him on a farm 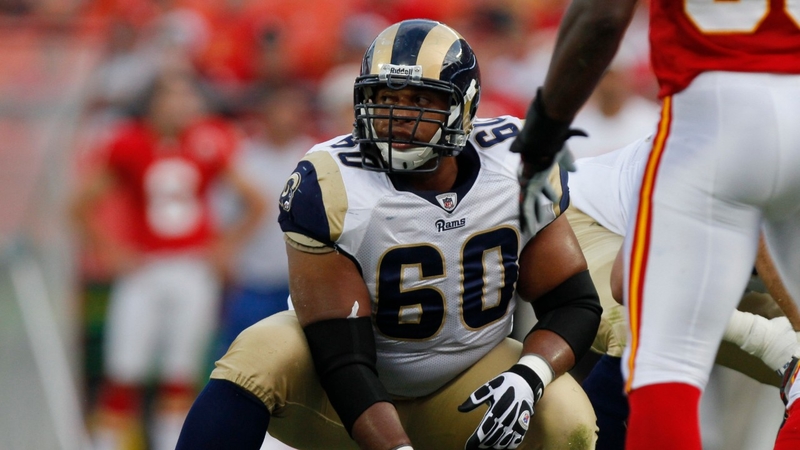 LOUISURG, N.C. -- A former star NFL lineman spoke with ABC talk show host Tamron Hall about how his decision to stop playing football was inspired by God and his late brother's sacrifice.

At age 26, Jason Brown signed a $37.5 million contract -- one of the largest at the time for any NFL lineman. A few years later he would decide to end his football career early.

"People tell me that I'm crazy, they downright tell me that I'm stupid -- OK? -- to walk away from millions of dollars. Because if you have the opportunity to play in the NFL, it's supposed to be a no-brainer," Brown said on the "Tamron Hall Show".

After the St. Louis Rams cut him from the team in 2012, Brown took a long, hard look in the mirror. Instead of fighting for a position on another team, Brown decided to walk away from it all.

"A big inspiration from my story comes from my older brother. He was slain in service, serving our country over in Iraq and Afghanistan," he said.

Brown said he was living the life of entertainment and materialism but wanted to make a leap toward service to honor his brother.

"God told me he had something greater in store for me."

SEE ALSO: WTVD-TV's John Clark spoke with Brown in 2019 about his transition to farming

He says he asked Jesus what he could do with all of the blessings he had been given. The answer he heard: I want you to feed my people.

Although Brown didn't know anything about farming, he began walking by faith.

Brown's wife said it was quite the transition going from living in a mansion to living on a farm, but she would never go back.

Jason Brown had a calling of faith to work the land and feed the hungry. At just 26-years-old, he became one of the highest paid centers during his career.

Being insecure and wondering if this decision was going to pan out for their family amounted to lots of pressure. Brown said he had to place his trust in God

"This is the most epic trust fall in ever in the world," he added.

Brown's farm, First Fruits Farm in Louisburg, North Carolina, is now thriving. And Brown is using his farming success to give back, just like he intended.

Now Brown's farm and his ministry, Wisdom For Life, give away nearly all the food he grows to people in need.

Since 2014, First Fruits Farm has provided more than 1.6 million servings of fresh produce.