Fresno police are investigating after a man's body was discovered in southwest Fresno.
KFSN 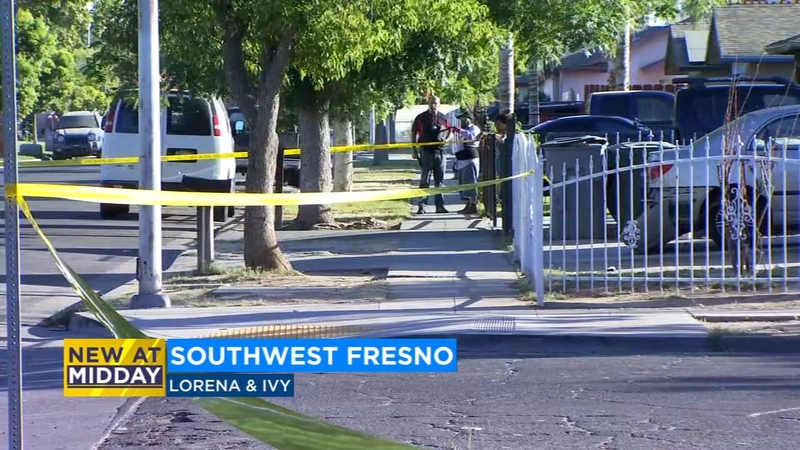 FRESNO, Calif. (KFSN) -- Fresno police are investigating after a man's body was discovered in southwest Fresno on Wednesday morning.

Officers responded to a call at a market on Jensen Avenue and Elm Street at around 4 a.m.

When they arrived, they found a man in his 40s lying in a pool of blood.

Emergency crews administered CPR, but the man was pronounced dead at the scene.

Investigators believe the victim was homeless and involved in some sort of altercation. Officials say the man suffered trauma to his body, but the cause of his death is still undetermined.

Police are investigating as a "probable homicide," but are still working to determine an official cause of death.