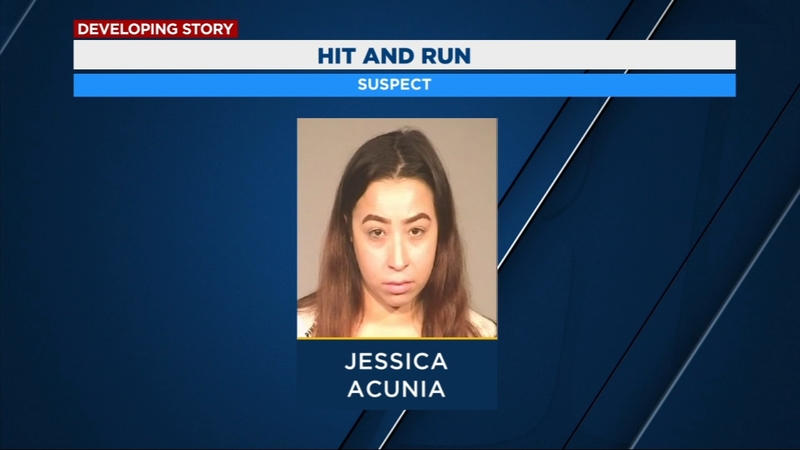 FRESNO, Calif. (KFSN) -- The woman accused of running over a man with a car in the Tower District is free on bail, according to Fresno Police.

Jail records show that Jessica Acunia, 23, was booked into the Fresno County Jail Monday night but was able to bond out around 1:30 a.m. Tuesday.

Police say after recovering Acunia's car on Monday night, her lawyer contacted detectives and arranged for her to turn herself in. She is being charged with Felony hit and run as well as Failure to have a Court Ordered ignition interlock device in her vehicle.

Investigators say Rodriguez got into a fight with another man, was pushed to the ground and that's when he was struck by the car. He was taken to Community Regional Medical Center where he's in critical but stable condition.

Police are now looking for the man Rodriguez got into a fight with and the three other people in the car with Acunia.