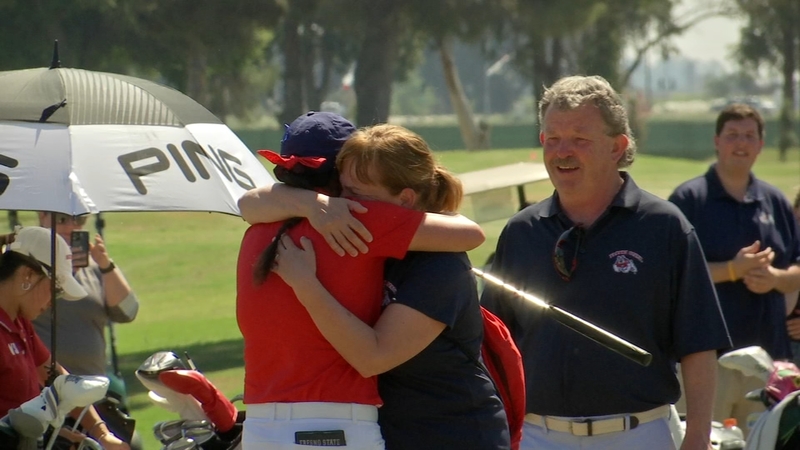 "I felt pretty calm all day -- just played exactly the same golf as I played yesterday and went out there and hit every shot the same," she told Action News.

Jessica Hall fires 3 straight 70’s to win the Fresno State Classic by one shot (-6). It’s the first time her parents saw her play in a @FresnoStateWG uniform. @ABC30 pic.twitter.com/ot7hDHe3Uk

It was her first collegiate win and making the moment sweeter was that her parents from England made the trip to see her. It was the first time they saw her play for the Bulldogs.

"It's her last year, so we hoped it might happen," said her mother Carolynne Hall. "It's her birthday tomorrow, so it's been a good time. She's been determined."

Holding a two-shot lead on the par 5 18th, Hall had 200 yards into the green for her third shot. A hybrid just cleared the right bunker, giving her two putts to win by one over Hawaii's Momo Sugiyama.

"It just makes it that much sweeter to be here and see it happen the first win," Hall said of her parents making the trip.