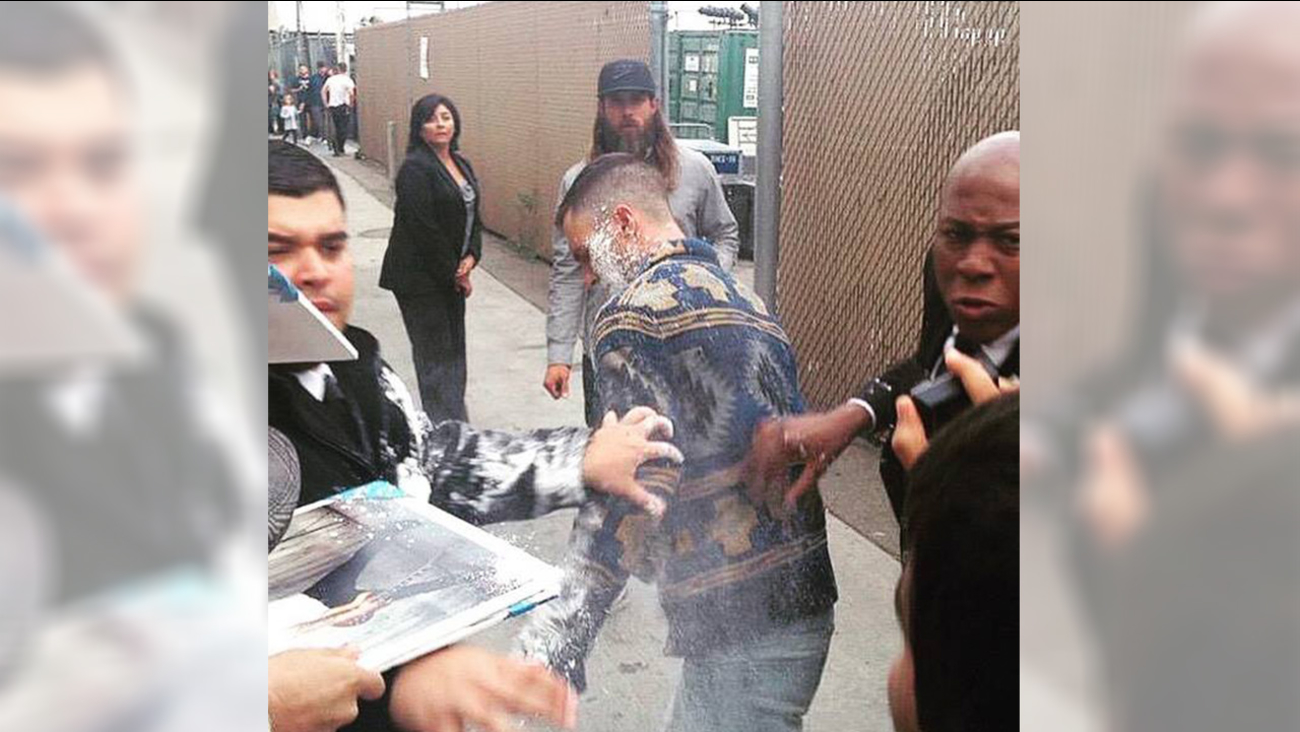 Maroon 5 frontman Adam Levine was hit with a powdered sugar bomb as he showed up to perform on Jimmy Kimmel Live! Wednesday, May 6, 2015. (Kristal Klune)

The sugar was thrown at about 8:30 p.m. in a back parking lot area behind Jimmy Kimmel's studios.

Levine was not hurt, but was covered in the sweet substance. Security and Levine's assistant also had sugar thrown on them.

Witness Laura Tijerina said Levine was exiting with his wife when they were attacked. She called the incident "scary."

The assailant, a man in his mid-30s, was arrested on suspicion of battery on Levine and four other people.

Levine brushed it all off and continued on.