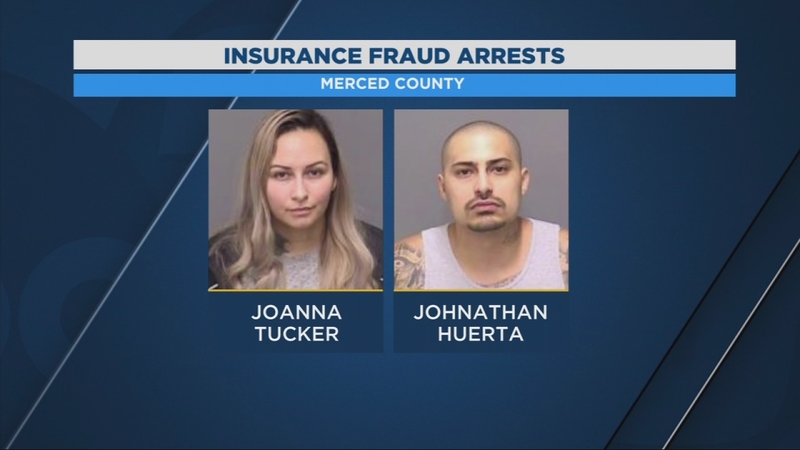 FRESNO, Calif. (KFSN) -- Joanna Tucker, 29, from Livingston, was described by Merced County District Attorney's (DA) office investigator Sheri Carpenter as the "ringleader" of the scam and directly involved in 19 of the 20 claims. Her boyfriend, Johnathan Huerta, 30, also of Livingston, was indicted on ten felony counts of insurance fraud and nine counts of grand theft.

Carpenter said the investigation started when an Allstate Insurance investigator contacted her about a claim that she believed was a staged accident. Carpenter then ran the names through an insurance database which linked the claim to 19 other similar claims. The same vehicles, with the same damages reported, were found to have been used for multiple claims.

However, the investigation revealed that the primary method of theft was from the altered hospital bills submitted by the suspects. According to Carpenter, many of the same medical bills were used in multiple claims with the names and dates of services altered. In some cases, she said the totals on the statements had also been changed so the payouts would be higher.

"Unfortunately, many individuals view insurance companies as their personal piggy banks and they engage in fraudulent behavior without any concern for the economic harm they cause all consumers," said Frank Scafidi, public affairs director for the NICB. "NICB commends District Attorney Morse and the participating law enforcement agencies for their diligence and extensive investigative efforts in this case." 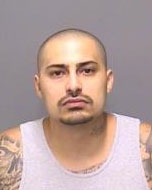 Others for whom arrest warrants have been issued were Maria Hernandez, 59, Celina Garza-Hernandez, 27 and Sarai Bernal, 27 all of Merced; Rico Tucker, 28, Carlos Tucker, 26, Heena Birly, 25, and Jessica Barajas, 30 all of San Jose and Jairo Barajas, 29 of Livingston.