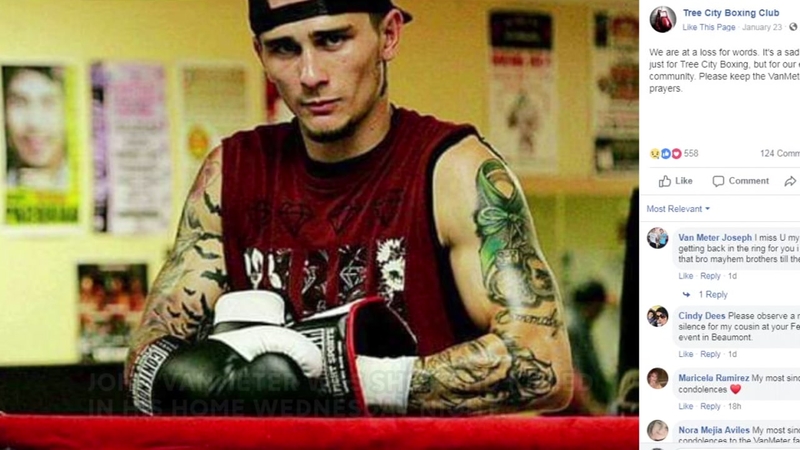 UVALDE, Texas -- A 12-year-old boy has been charged with capital murder in the shooting death of a 24-year-old professional boxer in Uvalde, Texas, police say.

Boxer John VanMeter was shot and killed in his home Wednesday night.

When police arrived to the house, they found VanMeter lying in the living room with a gunshot wound to the head.

He was transported to a hospital, where he was pronounced dead.

The 12-year-old is being held at a juvenile detention center on capital murder charges.

According to ABC News, police did not say how they connected the 12-year-old to the shooting, but witnesses said they saw a male wearing a black bandanna over his face running from the home. Police did not reveal a possible motive in the shooting.

The boxing community in Uvalde is remembering VanMeter.

Tree City Boxing Club posted about him on Facebook, saying, "It's a sad sad night, not just for Tree City Boxing, but for our entire community. Please keep the VanMeters in your prayers."