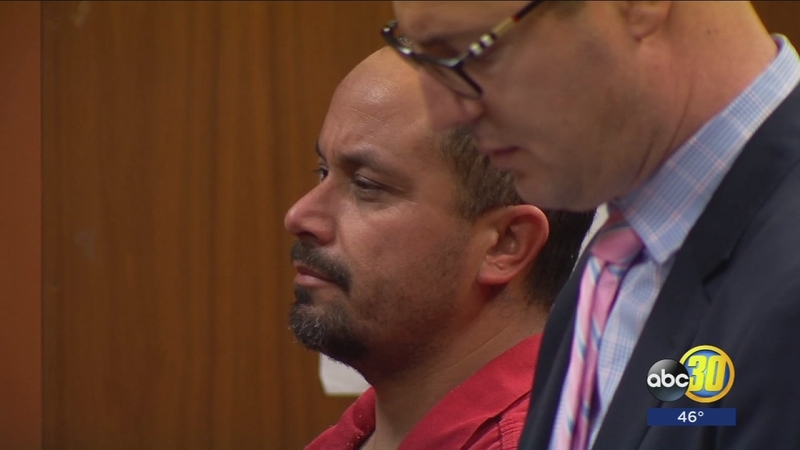 FRESNO COUNTY, Calif. (KFSN) -- A neighbor describes a frantic 911 call after an unknown suspect continued a string of random shootings in Madera and Fresno counties.

"My boss here got shot through her window in the car can. You send an ambulance," said victim.

The Central Valley manhunt is now over. Authorities believe 42-year-old Jorge Gracia is the serial shooter.

#DEVELOPING: Neighbors say this is where Jorge Gracia lived in Kerman, Fresno Co Sheriff Dept believe he is responsible for the string of random highway shootings in Fresno & Madera Counties..neighbors shocked to hear the man being charged lived right next door to them pic.twitter.com/zoBqqvpzYe

Video of him in court Wednesday after he was arrested on separate charges of driving on a suspended license, DUI, and showing a firearm to someone in a vehicle.


"I was scared to drive around," said neighbor.

A woman who did not want to go on camera says sheriff's deputies came to her house on Tuesday. It was then she learned the person believed to be responsible for the random shootings was her neighbor.

Gracia is also charged with two prior strikes.
I checked court records and found rape conviction in 1997 and 1999. https://t.co/5r5wUIXF4T

She is relieved to know the possible gunman is in custody.