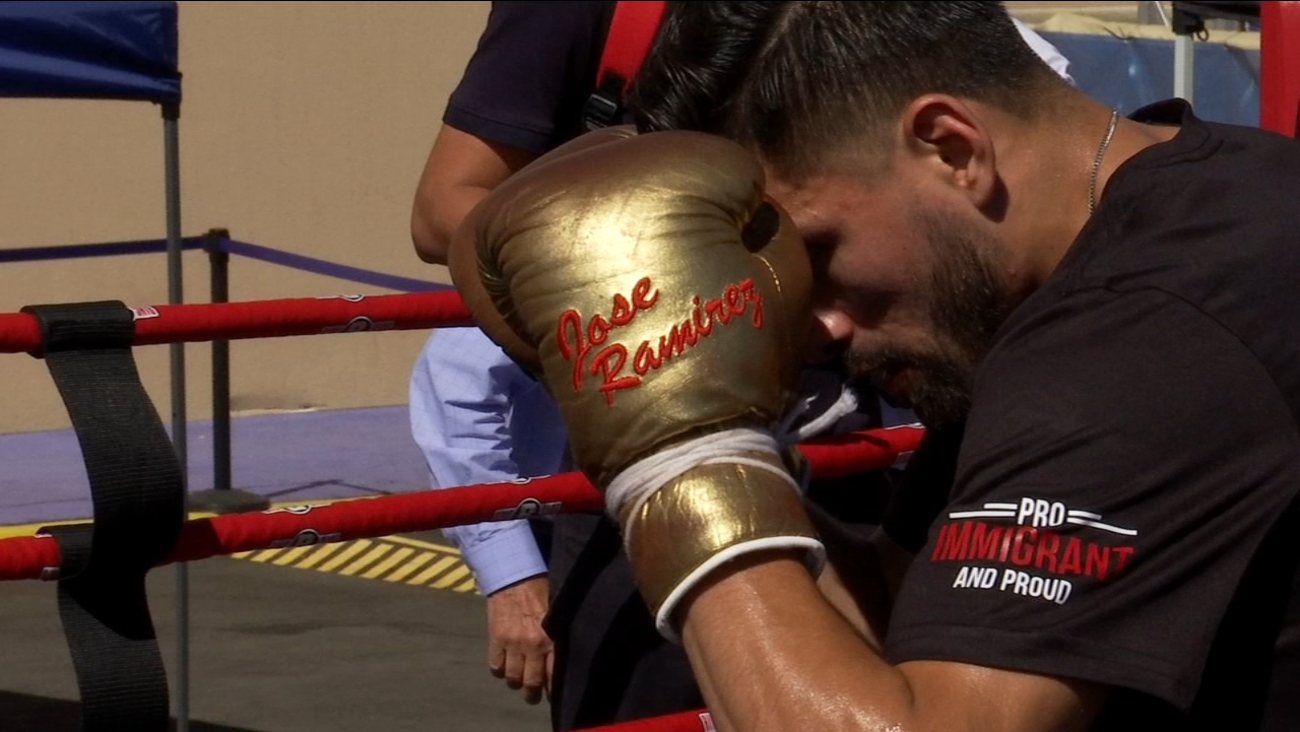 Jose Ramirez is a world champ and a household name in the Central Valley, but the pride of Avenal is ready to take the next step in his career.

FRESNO, Calif. (KFSN) -- Jose Ramirez is a world champ and a household name in the Central Valley, but the pride of Avenal is ready to take the next step in his career.

The WBC titleholder will take his perfect 24-0 (17 KOs) record to Texas for his first unification bout.

"This is a goal for every fighter to be in this position," Ramirez said at a meet and greet with fans at Tachi Palace. "Ever since I became a world champion, I couldn't stop fighting for more and seeking more."

To understand the importance of this upcoming fight, you first need to understand unification. There are four world champion belts. Ramirez holds the WBC but to become the undisputed champ in his weight class (140 junior welterweight) he has to beat the champs in the other organizations.

Maurice Hooker holds the WBO belt. That's who Ramirez is set to fight next Saturday in Hooker's home town of Arlington, Texas.

"This is definitely a historic fight for me, for everybody here in the Valley," Ramirez said. "There's never been a fighter here in Central California to ever be in a position to unify titles."

Ramirez leaves for Arlington Monday afternoon. "The is one of the fight's that makes me grow as a fighter in this division, in the world and it puts me and my family in a different level and that's part of becoming a superstar. To be able to perform in different stages and do it well so I'm looking forward to it."

Ramirez is represented by Top Rank and has his fights typically broadcast on ESPN, but he says he "put politics aside" to agree to a fight with Hooker. Saturday's fight will be shown on DAZN, a subscription-based streaming service.