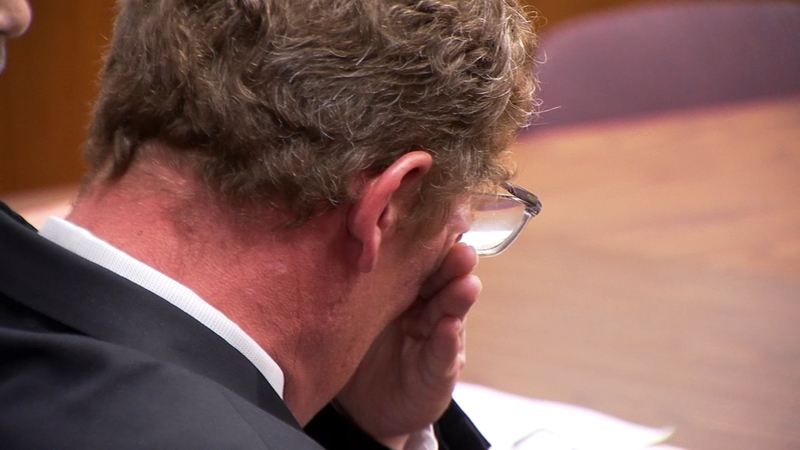 FRESNO, Calif. (KFSN) -- "I know there's nothing that I can say but I am so truly sorry for your loss from the bottom of my heart."

It was an emotional sentencing on Monday for Brokton Bakman. In a plea deal with prosecutors, Bakman pleaded no contest to a felony vehicular manslaughter count.

After considering all the circumstances, the judge gave him probation for hitting and killing Joshua Whittington in 2017.

Court records show Bakman never saw Whittington the day he thought his window exploded while driving down Shaw Avenue at about 2 in the morning. Fresno Police say Whittington was not at a crosswalk when he was struck and killed.

"I want you to know that my son would've forgiven you and I will forgive you," his father said.

On Monday the judge said he could not ignore the young lives that crossed paths that morning and the decisions that stripped one of life and changed the other's path, exposing him to prison.

"I don't think that there has been an occasion of sentencing such as this that has so pulled at my heartstrings in so many different directions," said the Hon. David Gottlieb.

Whittington battled a meth problem and was recently kicked out of his home for using drugs.

"He died on my watch. His mother sent him out here a year before he died because he was having problems back in North Carolina," his father Tmothy Whittington said.

Bakman had his own issues as well. He was on methadone and marijuana at the time of the crash and working to wean himself from a prescription painkiller addiction.

But he had no prior criminal past. After reviewing the facts and the law, the judge gave Bakman probation.

"You're not going to be given more than that one opportunity. What that means is that if you violate probation in any way, shape, or form... I can no longer allow you to be in that community."

Bakman will also have his driver's license revoked for at least a year.