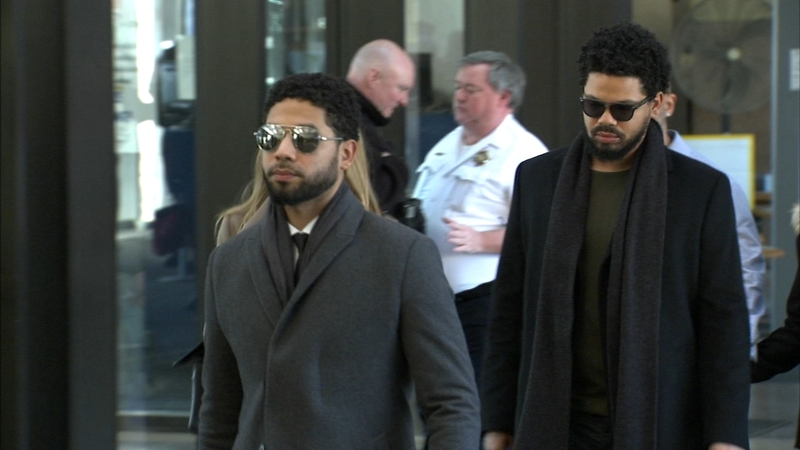 CHICAGO -- The 911 calls reporting the alleged attack on "Empire" actor Jussie Smollett in Chicago in January have been released.

The calls were made by Smollett's manager.

The calls reference the now-infamous Subway restaurant ...and the rope the actor said was put around his neck by the attackers.

"I work for an artist, I don't really want to say his name but...he went to Subway," Smollett's manager said. "He was walking by and somebody jumped him or something like that and I just want to report it."

"What's really weird, ma'am, because I'm scared and I don't know what it is, they put a noose around his neck," his manager added.

Chicago Police investigators say the attack was staged by Smollett. He was charged with disorderly conduct for filing a false police report. Charges against Smollett were later dropped by the Cook County State's Attorney's office.