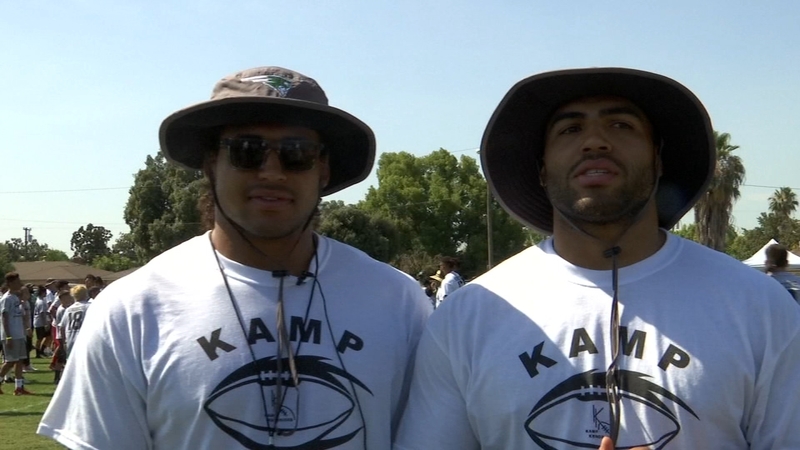 FRESNO, Calif. (KFSN) -- From the huddle to the first snap, the drills are serious and the coaches are tough.

"We're going to try to keep their feet underneath their bodies. Just have fun and effort," said Minnesota Vikings, Eric Kendricks.

They also brought fun, and they did it for free.

For these linebackers, sharing skills is important, especially on this field.

"This is the first field I ever played football on. You know, right over there where my drill's at," said Kendrick.

The Kendrick brothers graduated from Hoover High and eventually made it to the NFL.

They even squared off in the NFC Championship with a trip to the super bowl on the line.

Mychal walked away with the win that day and his Eagles went on to win the super bowl.

Now with the Cleveland Browns, he is not sure if any of these kids even know he has a ring.

"I think they're just more excited to have guys with experience here. I don't think they pay attention that much as far as who's winning who's not. They're just happy to have us out here. And we're happy to have them out here too," said Kendricks.

Eric and Mychal ran some of the drills themselves, and the 200 kids from the Hoover area and all around Fresno got hands-on help from coaches and other players -- like Cam Jordan.

The New Orleans Saints Pro Bowler who also has skills in the dancing and photobombing arenas.

The bottom line is these guys can motivate even a middle-aged reporter in a shirt and tie to give full effort.