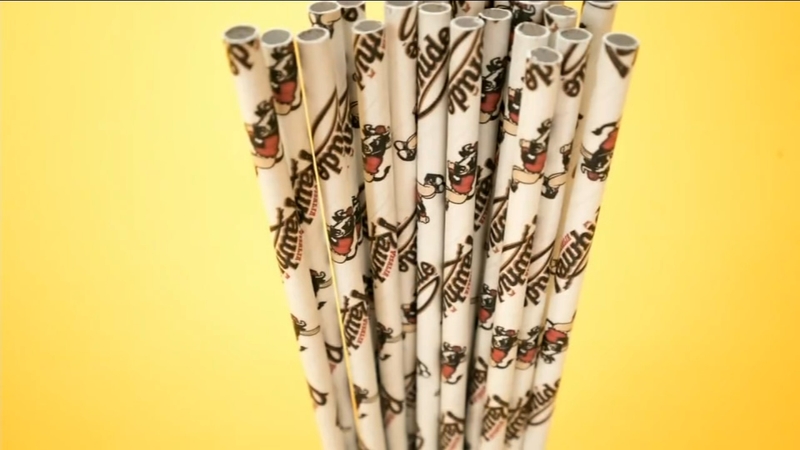 VISALIA, Calif. (KFSN) -- At Kaweah Container, corrugated boxes are the bread and butter of the business.

They've been making them for decades, shipping them to customers in California and the west coast.

"Kaweah Container might be new to straws but we've used paper to make quality products for nearly 30 years," the company says in their promotional YouTube video.

"Single-use plastic products including straws have kind of fallen out of favor and people were trying to be more environmentally conscious," said president Rob Reeves.

The equipment came in last fall, and after months of research and development, shipping started in late February of 2019.

President Rob Reeves says it's been a challenge, but a fun one. He added that the response so far has been positive.

"The paper straws that are out there on the marketplace now, a lot of people would probably agree they're just not very good," Reeves said. "So our goal was not only to make a paper straw but to try to make a better paper straw."

Reeves says Kaweah Container is one of three paper straw manufacturers in the country, and they're the only one in California.

But he believes they can do it better than the rest.

One reason? They print them with this machine-an HP T400, which can put any kind of image you want on your straw.

A slitter machine then cuts the paper down into smaller strips and it heads to Kaweah Container's straw machines.

The straws are more than just eco-friendly. The materials in them are safe.

"It should be regulated and it's not," said the vice president of operations, Erin Jennings. "And it was extremely important to us that we worked with vendors who wanted to come up and help us develop an FDA approved product."

Sequoia Brewing Company and the Visalia Rawhide are just a couple of the companies who have invested in these straws.