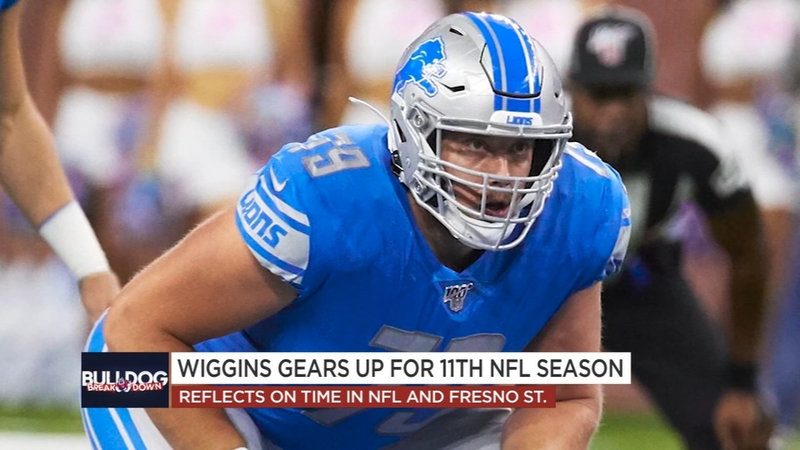 FRESNO, Calif. (KFSN) -- The word "mediocre" has fueled Kenny Wiggins since the beginning of his football career.

"All the GMs and everything called me mediocre," Wiggins said in his Fresno home. "I turned being mediocre into a 10-year career."

Wiggins spoke surrounded by woodworking equipment he uses to create everything from tabletops to baby cribs. He's turned part of his garage into a woodworking shop and practices the hobby during the NFL offseason, branding all his work with a title: Mr. Mediocre Woodworking.

"It's an ode to my football career," Wiggins said. That career began in the Valley when Wiggins played on the offensive line at Fresno State, with his final year coming in 2010.

"All the games that really stick out in my head are the close losses that we had," Wiggins said. "I always say I hate losing more than I like winning, so those were always the ones that stick in my head a little bit more."

After graduating from Fresno State, Wiggins went undrafted to the 49ers and had stints with San Francisco, Baltimore, San Diego, Detroit and New York. He got his first start in San Diego and started all 16 games for the Chargers in 2017.

He was released by the Lions in the middle of the 2020 season and signed on with the Giants, meaning he, his wife and their 1-year-old son had to move to a new city during the pandemic.

Wiggins re-signed with the Giants and will be heading to New York for the 2021 season, his 11th in the league. Spending 10 seasons with five different teams can be taxing, but Wiggins credits the tough mentality he learned as a Bulldog as something that's helped him.

"We had like a kind of like an aura about the o-line when we were there that, like, we may not be the most athletic or the biggest and strongest, but we are going to be tough and we're gonna fight you till the end of the game, no matter what," he said.