1 killed, 4 injured as big rig and SUV collide on State Route 145 near Kerman 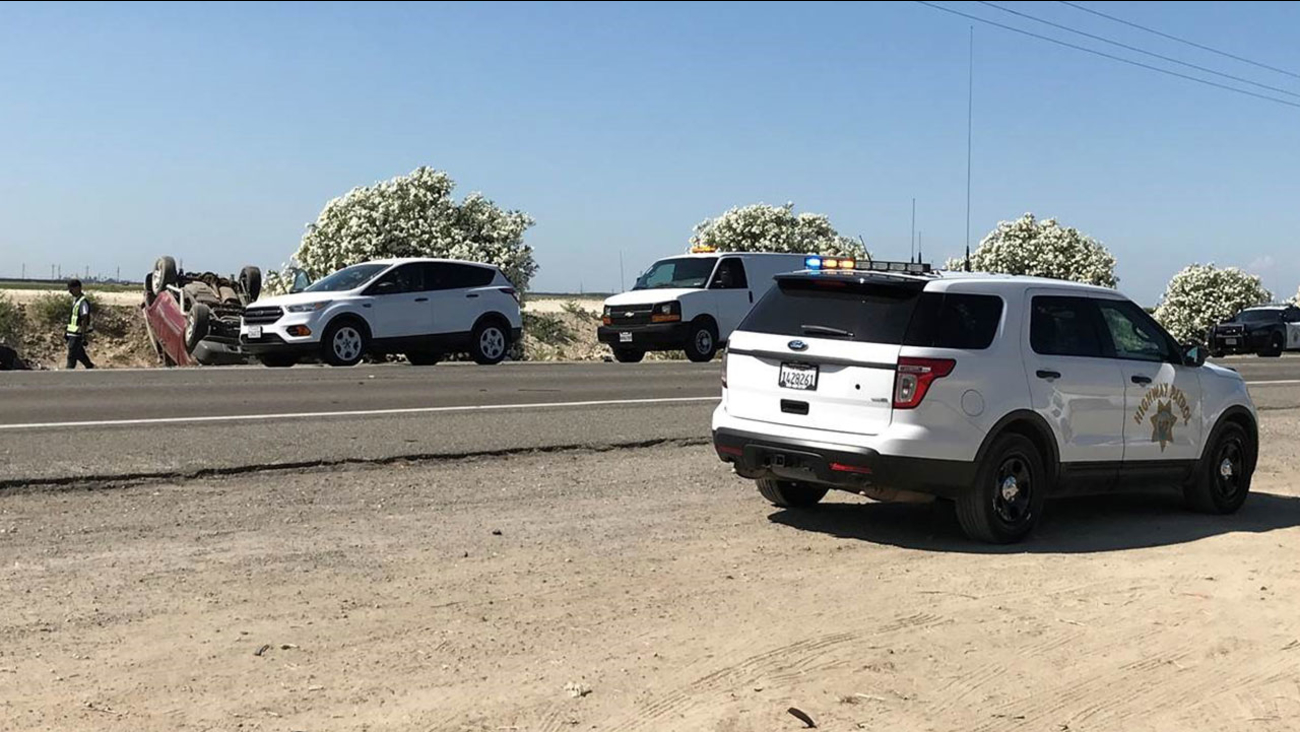 A man was killed and four people were injured after an SUV slammed into a big rig on State Route 145 near Kerman. (KFSN)

FRESNO, Calif. (KFSN) -- A man was killed Friday afternoon after an SUV slammed into a big rig on State Route 145 near Kerman.

The California Highway Patrol says a Dodge Durango was traveling north on SR 145 with five people inside when the big rig driver says the SUV swerved into his lane.

The trucker attempted to avoid the SUV by changing lanes.

The CHP says that both vehicles almost made it clear of each other but the Durango collided with the right rear of the truck and overturned multiple times near Floral Avenue.

One man inside the SUV was killed in the crash, two people had major injuries, and the other two had moderate injuries. All of the injured people have been taken to Community Regional Medical Center in Downtown Fresno for treatment.