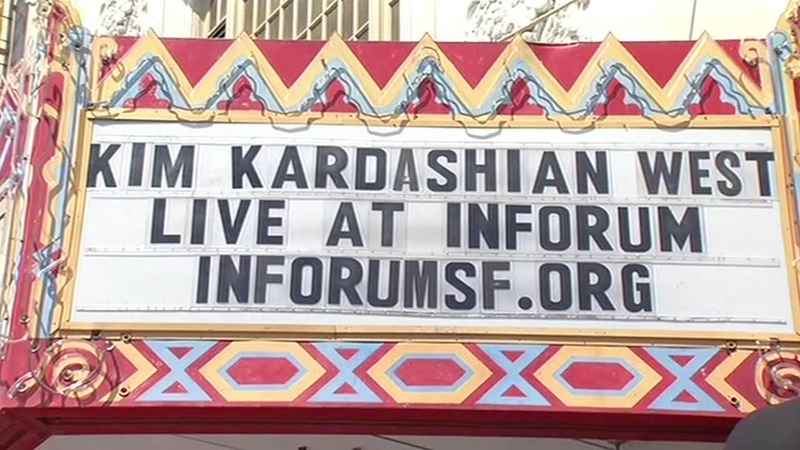 SAN FRANCISCO -- The San Francisco Commonwealth Club is known for its public forums with former presidents and heads of state. On Tuesday night they hosted a controversial choice - reality television star and businesswoman Kim Kardashian West.


She has more than 31 million Twitter followers and nearly as many on Instagram. Kim Kardashian, famous for her reality TV show, a sex tape, and her marriage to Kanye West can now add speaker for the nation's oldest public affairs forum to her list.

"I don't see her as beneath anyone, I believe she has something to say," said San Jose's independent police auditor and retired state Judge LaDoris Cordell.

Cordell conducted the conversation and was thoroughly prepared. She reviewed the 445 selfies in the star's new book titled "Selfish."

"One of the things I wanna talk about is race," said Cordell. "And why race? Well, because she is married to a black man. I want to talk about body image, about women, about femininity, her views on that."

"Leave it to TMZ, to the Enquirer, to all those other outlets," said Kardashian critic Clay Williams. "And you keep doing what you do really well, which is give us really provocative intelligent conversations."

But fans have a different take.

"She's gonna be talking about the way women are objectified in today's society," said Kardashian fan Aaron Holmgren. "So I'm excited to see what she has to say about that, and what her views are."

This is one of 445 pages of selfies in Kim Kardashian's book. She'll be interviewed for the Commonwealth Club in SF. pic.twitter.com/q26P81OAc2