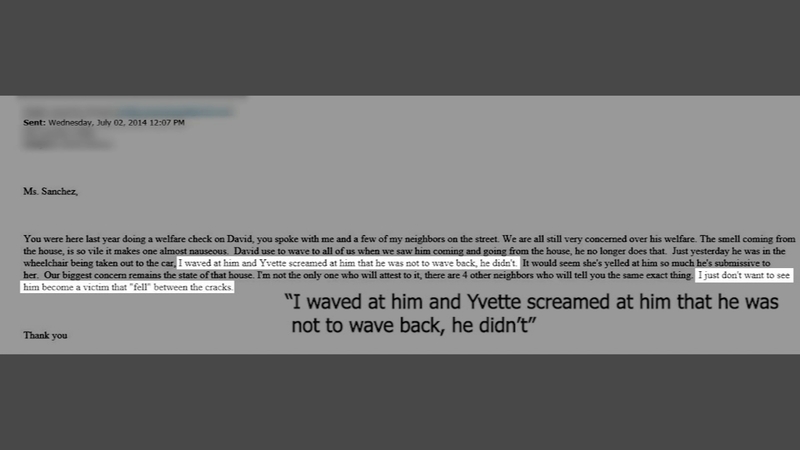 FRESNO, Calif. (KFSN) -- "I waved at him, and he waved back, and Yvette screamed... I just don't want to see him become a victim that fell through the cracks."

The hard tale of alleged abuse was disclosed in a letter written to authorities from a Kingsburg neighbor back in 2014.

The sender was concerned about a disabled man who lived next door in a home recently found in filthy conditions with dead and malnourished animals inside.

50-year-old Yvette Martinez turned herself in for the crimes.

But now a person, who does not want to be identified, says Martinez should face an additional charge.

They claim Martinez was the caregiver of their 66-year-old relative.

"He often smelled like ammonia, like a kennel," they said. "We did reach out to authorities and um every time he would say he was OK."

Pictures inside the home might tell a different story, and some neighbors say they witnessed portions of it unfold.

"She would hit him," a neighbor said. "One of the worst things I saw is last fall it was raining he was having another stroke, but she made him walk barefoot in the rain to the street to sit in one of the cars to call 911 because she did not want anyone going in that house. It's extremely sad."

Kingsburg Police are currently looking into the allegations.

"There is not enough information but we are investigating that aspect," Chief Neil Dadian said.

Until the investigation is complete, this relative is grateful for the concerned neighbors who tried speaking up.

"Thank you, thank you," they said. "This isn't OK. You wouldn't do this to a kid, why a dependent adult."
Report a correction or typo
Related topics:
kingsburgfresno countyanimal crueltyelder abusefresno countykingsburg
Copyright © 2021 KFSN-TV. All Rights Reserved.
ELDER ABUSE 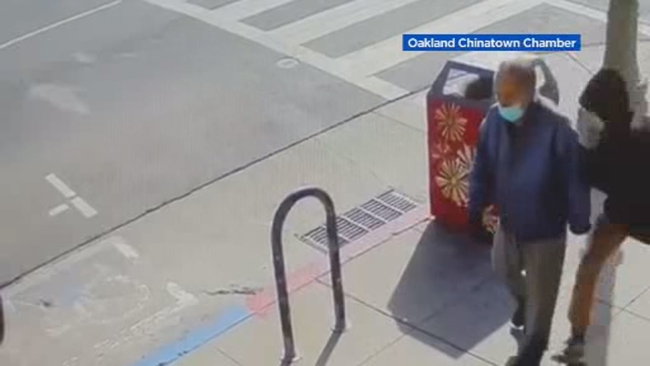 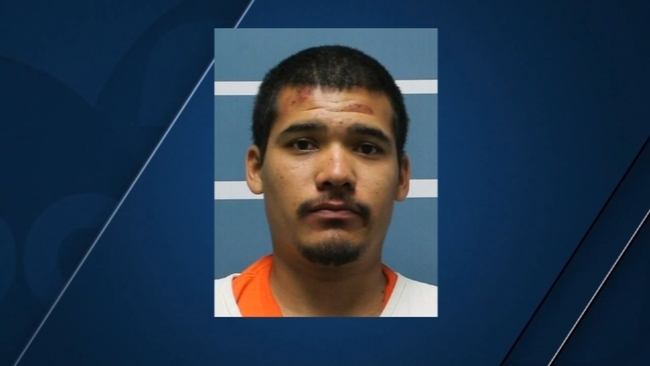