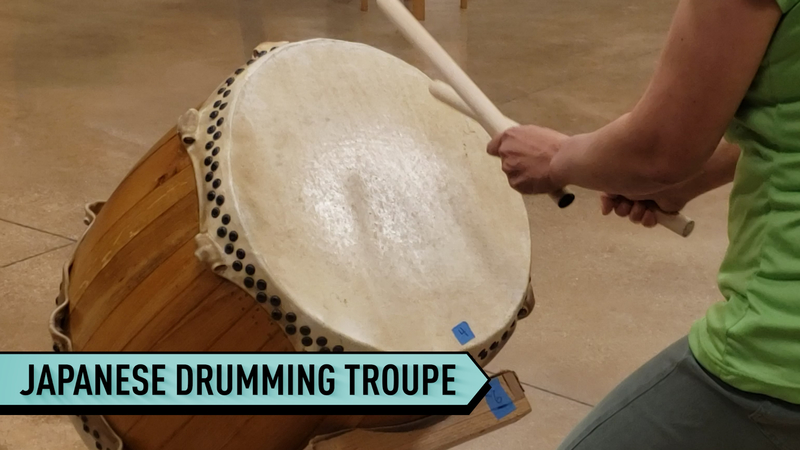 CHICAGO, Ill. -- Taiko drumming may have begun as a way to send military messages in Japan many centuries ago, but a Chicago group is making this ancient artform very much their own.

The name Kokyo means "Echo of the Lake," in reference to their proximity to Lake Michigan. Senior member, Miriam Solon, explains the different meanings of the Japanese words.

Kokyo Taiko Chicago was formed in 1987 and has been holding practices ever since.

"We were interested in learning it. We've seen taiko before, we've heard it, and we thought, 'Gosh that looks like fun.' And in September of 1987, we started to learn taiko. We got permission from the temple here, the Buddhist Temple, they have an educational center. They encouraged us to learn about our cultural heritage," Tademoto said.

Solon has been a longtime member of the troupe and even studied taiko in Japan.

"One of the things that they kept on teaching us is 'Regard the drums as living entities,' and they are because they're made out of cowhide and made out of oak barrels or in the case of the Japanese drums; they're made out of solid hardwood trees," she said. "You have this sort of connection to that fact that something was alive and still is in some way and has a spirit. It's not an inanimate object, it's a living thing and when you strike that with your stick it's going to respond and send your stick back to you. So, making the music is not just the interaction with the individuals that you're playing with but it's also the interaction with your instruments."

Other troupe members weighed in on their experience with Kokyo Taiko.

"When we are all playing in sync, it's just an amazing feeling. You just feel a part of this group and the energy kind of radiates around and I love it," Brett Garret added.

The troupe members range from children all the way to seniors. New members are encouraged to join but are reminded this artform takes dedication.

"Even though we're not doing this professionally, it's not something trivial. We do it from our hearts and we throw everything at it," Solon said.