VIDEO: Scenes of panic, chaos outside Fresno football stadium after shots ring out

19-year-old D'Anthony Field was injured in the shooting and police say he is recovering in the hospital.
KFSN
By Linda Ha 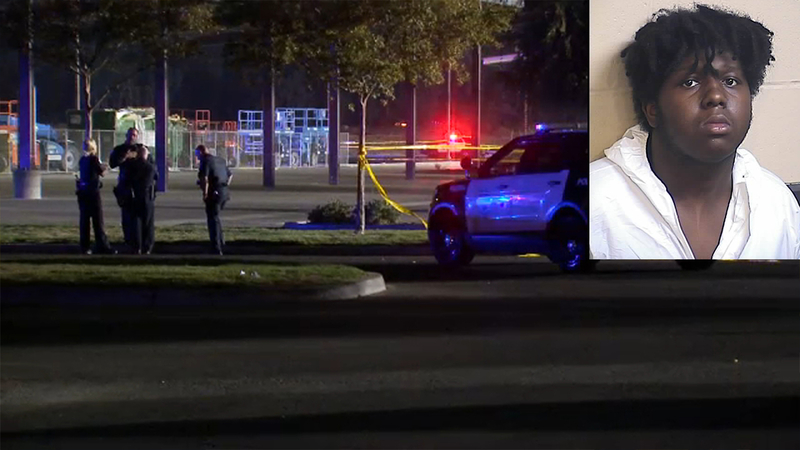 FRESNO, Calif. (KFSN) -- WARNING: Some of the images in the video above may be disturbing.

What began as a fun and exciting season opener for football fans later escalated into a scary and chaotic situation.

High school student Lilliana Garcia captured a video as gunshots rang out in a parking lot outside a packed Koligian Stadium on Friday night.

"You just see a bunch of kids running and like screaming and like cars you can hear cars honking a lot and trying to get out!" she says.

A football game between Central and Bullard High had just ended when the gunfire rang out.

And terrified fans rushed to find safety, some even hopping into strangers' cars.

"You can just hear in the background, people just telling people to get into the cars and they'll take them home," says Garcia.

Debbie Ayala was waiting to pick up her kids from the season opener when she got a frightening call.

Fresno police officers, who were already controlling traffic around the stadium, quickly switched gears, swarming the perimeter on the ground and above.

19-year-old D'Anthony Field was injured in the shooting and police say he is recovering in the hospital.

Investigators say the suspected shooter - 19-year-old Taevion Yancey - tried entering someone else's vehicle after the shooting to get them to drive him away from the scene. He's been arrested on charges of attempted homicide and carjacking.

"I mean, why wouldn't you have the most safety precautions you can?" she told Action News.