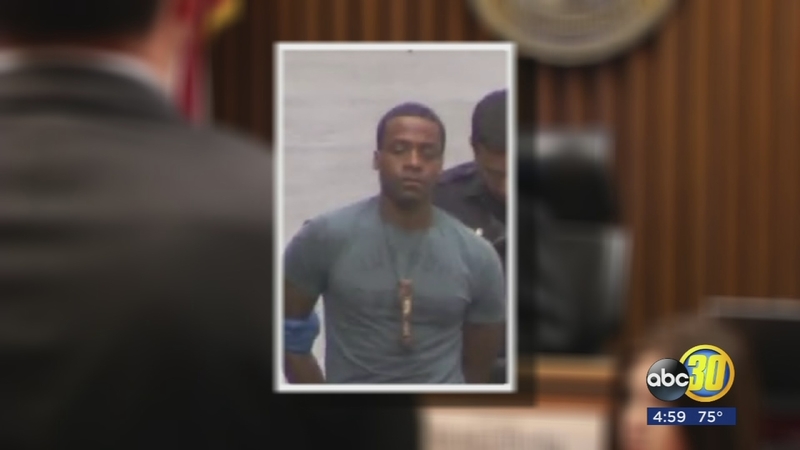 Mohammed was to be arraigned on murder charges for the shooting death of a motel security guard Carl Williams and the attempted murder of another guard. But after he shouted out in court, the judge agreed his competency should be tested before the hearing could continue.

Mohammed was brought into court in a yellow jumpsuit, but his attorney argued the media should not be allowed to show him. The prosecutor agreed that showing him in a jail jumpsuit could prejudice a jury, so no pictures of Mohammed were allowed.

Public Defender Eric Christensen was appointed to represent Mohammed but immediately asked for the arraignment to be delayed.

"I believe this gentleman may not be mentally competent to proceed," he told the court.

Mohammed is referring to the movement to pay reparations to African Americans for past injustices.

Judge Kent Hamlin then went on to say, "Do you feel he is unable to understand the proceedings or assist counsel in his defense?"

"Proceedings are suspended under 1368 of the penal code."

A psychiatrist was appointed to evaluate Mohammed, and he is scheduled to return to court on May 12. Criminologist Dr. Eric Hickey says the evaluation will figure out if Mohammed is competent or faking it.

"In court today, he was acting up saying off-the-wall things," Hickey said. "Was that malingering or was that something he truly has some mental illness? Was he hearing voices? These things will be determined as he goes through some form of psychological evaluation."

District attorney Lisa Smittcamp was in the courtroom but was not willing to comment on the case because other charges against Mohammed in the shooting deaths of three others are pending.