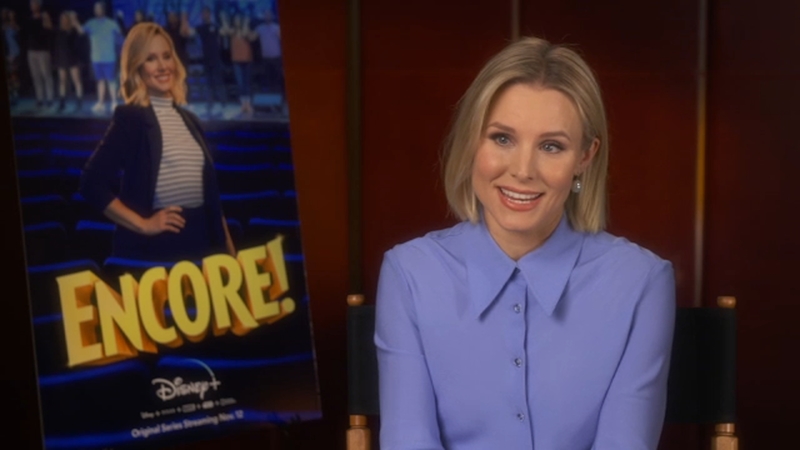 Kristen Bell is one busy woman. "Frozen 2" opens on Nov. 22, and on Nov. 12, it's the launch of Disney+, Disney's streaming service, which includes a series Bell helped executive produce.

"Encore!" is a reality-TV series that invites adults, who had former lives as theater kids, to reunite and re-stage their favorite high school musical performances.

"This show is about real people. It's about human hearts and it's about identity," said Bell. "Encore is an unscripted show that reunites a high school musical theater cast from however many years later. We have millennials, baby boomers, and we ask them to get on stage one more time and perform their show in just a couple days."

Bell said the show gives the casts the opportunity to come back and make amends, find their crushes again, and show who they are now, versus who they were in high school. And it's all against this backdrop of singing and dancing.

"There's a lot of goofy humor that happens because people are trying," said Bell. "They say in my kid's class 'mistakes is proof that you are trying,' and nothing could be truer in this show. People are trying to remember their cues, it's like feeding your brain, a mental exercise to get back on stage and it's really fun to watch people try."

Bell also said the show is not about these cast members becoming professional performers.

"It is about doing it because you love it," said Bell. "And there are so few things we do just because we love it. Just for the fun of it. And this show gives that back to people."