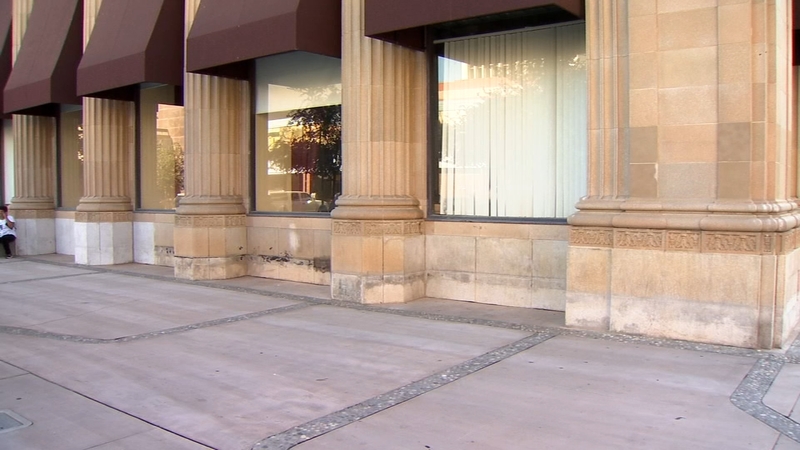 FRESNO, Calif. (KFSN) -- The La Boulangerie sign is up at the Pacific Southwest Building in Downtown Fresno.

"The concept is self serve. The idea is just like in Europe all the cafes with outdoor seating in cities like Paris, Barcelona, Madrid. Most big cities in Europe," said Developer Sevak Khatchadourian.

Khatchadourian showed us the ideas for the new cafe.

The Fig Garden restaurant is a staple in northwest Fresno but will add its presence to downtown Fresno with a cafe.

There they will serve sandwiches, baked goods, and coffee from the corner of Mariposa and Fulton.

"Even though the space is very small. we had to go through a lot with the city and making it happen because there is the historical component we have to deal with as well so that's completely different than the permitting as well. Ee passed out so we're ready to go right now," Khatchadourian said.

Built in 1925, the Pacific Southwest Building was the most expensive building constructed in California between the 1920s-1930s.

Inside work is underway to restore the 16 story building.

So far 16 lofts have been leased. More are planned for the future.

Also, the workspaces are expanding and private offices are being built.

"I want to have the whole thing in here where you can live, play and just be here. Live, play and work, that's the idea," Khatchadourian said.

A rooftop bar is planned for the future.

Khatchadourian says other areas like the vault have been preserved and renovated.

Meanwhile, adding a dining option will provide a place to eat without having to leave.