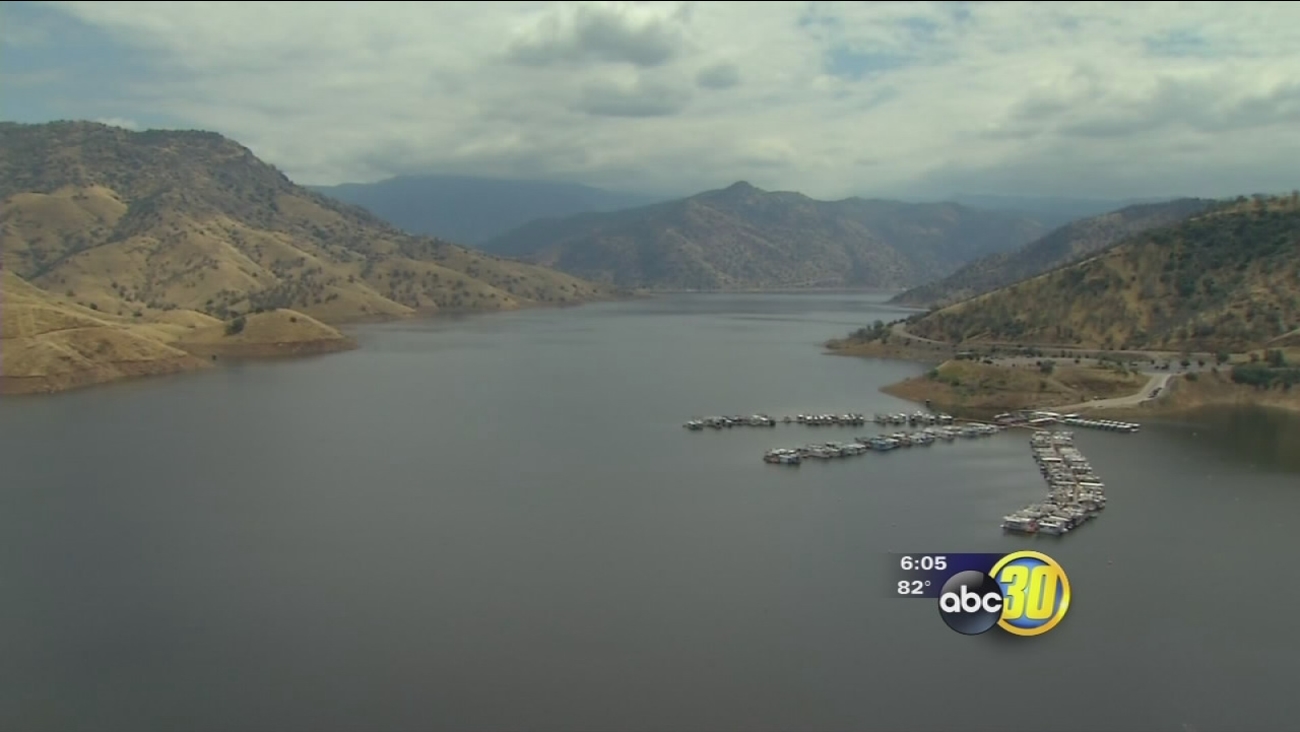 For two weeks, the lower chambers of the Terminus Dam at Lake Kaweah have been flooded, after a two-inch water line ruptured. (KFSN)

TULARE COUNTY. (KFSN) -- For two weeks, the lower chambers of the Terminus Dam at Lake Kaweah have been flooded, after a two-inch water line ruptured.

Officials don't know what caused the crack, and crews will eventually have to figure out just how much damage was done during the flooding.

"Well this is the first time we've experienced something like this in our district, anyway," said U.S. Army Corps of Engineers Area Manager Calvin Foster.

Foster says that after a week of careful planning and waiting for water levels to equalize, dive crews were able to fix the leaks on Sunday.

"They were successful on installing a valve on the two-inch line coming from the float well," Foster said. "From there they went to the lake side, and dove on the lake and were able to get a plate and seal that inflow from the exterior of the tower coming in."

Because the tower's electrical system was underwater, it prevented engineers from using the gates that release water from the lake.

The next step is to lower a portable hydraulic system and connect it to the gates, allowing water to be released.

"Our real focus right now is to get this done in time to be able to provide irrigation water in the amounts of what is being requested," Foster said.

The district is one of many that deliver water from the lake to Valley farmers who depend on the flow to irrigate their crops, especially in June and July.

"We will get that water out of the lake, through the course of the summer," said TID General Manager Paul Hendrix. "It's just that we won't get it out as quick as we might want to. (There can) be some problematic situations for some of the farmers that might really need on a hot day, the water from the ditch-we don't have the flow there to supply it, and they'll have to run their well, which is less desirable."

The lake's power plant can still supply the majority of the district's water needs.

And Hendrix says they can also draw on water from the Friant-Kern Canal.

There's no timeline for a full fix at the tower, and no estimate of how much it will cost.

But one thing is for sure-officials at the lake want to have everything in place by the next flood season.

Officials with the U.S. Army Corps of Engineers also say they're still working to fix a small leak at the bottom of the tower.