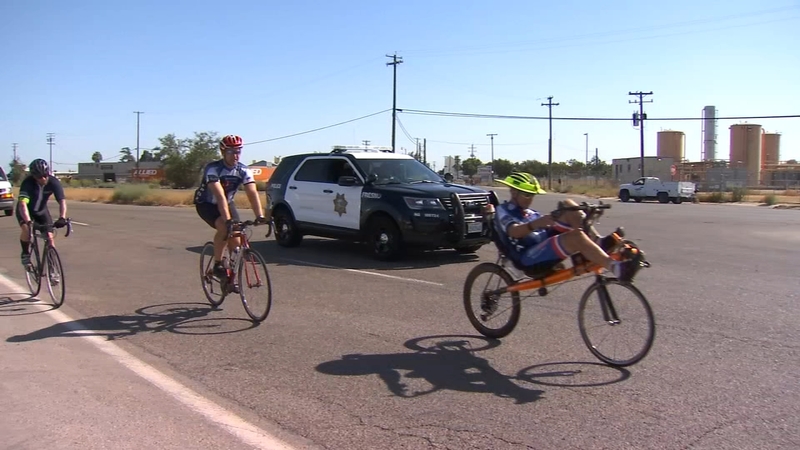 It's a ride to remember.

"Not only cops...firefighters , paramedics, doctors, nurses," he said.

He's cycling nearly 300 miles from Los Angeles to Newman, California, to honor fallen Corporal Ronil Singh, who died in the line of duty in December, a day after Christmas.

"That was the inspiration," he said. "To ride in his honor so his memory doesn't die and keep it alive."

The tour is part of Project Endure, which aims to honor officers who've died in the line of duty.

On Thursday, two Fresno police officers and a retired CHP officer joined the ride of honor, cycling with him from Bakersfield to Fresno.

It's been an arduous three-day trip for Gonzalez.

But he said the reward at the end is worth it, as he plans to hopefully present a flag to the Singh family.

"We're going to continue to speak his name, and for other officers and have them go out and do the same. Don't let the memory fade."

The LAPD officer has been training for this ride for weeks, and reportedly throughout that training, he carried the flag he plans to present to the Singh family.