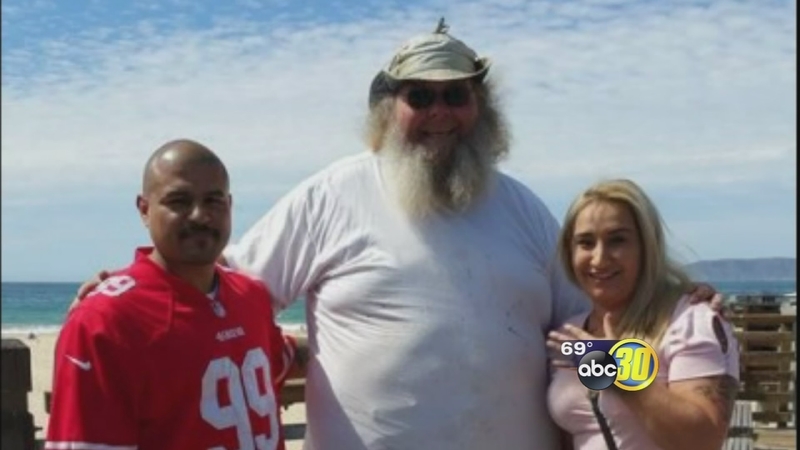 FRESNO, Calif. (KFSN) -- A Visalia woman is home from the Central Coast, after a long journey to find her wedding ring. Imagine dropping your phone in the water and in a frantic hurry to find it, you lose your diamond ring.

Larry the Ring Finder is many things. "I've been a scuba diver, commercial fisherman off of port San Luis for thirty years...," he said. But he's known on the Central Coast as a treasure hunter. So when there's something missing on Pismo, Avila or Shell Beach, he's the guy to call.

"It's not so much searching for people's lost things it's just the hobby of metal detecting," said Larry Royal.

He's not in it for the money. Just a smile and if you want to tip a reward, that's great. He's one of hundreds listed on an online directory known as TheRingFinders.com. That's where Rosa Pineda met her unsuspecting hero.


"We started Googling and Googling and then all of the sudden the ring finder came up," said Pineda. She lost her diamond ring at Shell Beach weeks ago, while digging in the sand for her phone.

"I noticed my ring was gone I started crying right there," said Pineda.

After searching the vast beach for hours, she had no choice but to trust a complete stranger. "What caught me is that he said I guarantee you 99.9% I will find your ring. But did you really believe him? No. I didn't," she said.

For nineteen days, Larry comforted Rosa with updates on his daily hunts.

"He's like don't ever lose faith I'm going to be out there until the day I find it," said Pineda.

Until Tuesday night when she got a call that he found her ring. It's moments like these that the ring finder, finds joy.

"I lost my wife seven years ago who used to hunt with me and it's my solace to go out on the beach and metal detect," said Royal.

Now Pineda and her husband have a pretty amazing story to tell, and it's just in time for their 16th wedding anniversary.

Larry tells me he doesn't keep at the reward money he gets. At the end of each month, he donates ten percent to the local food bank where he lives.