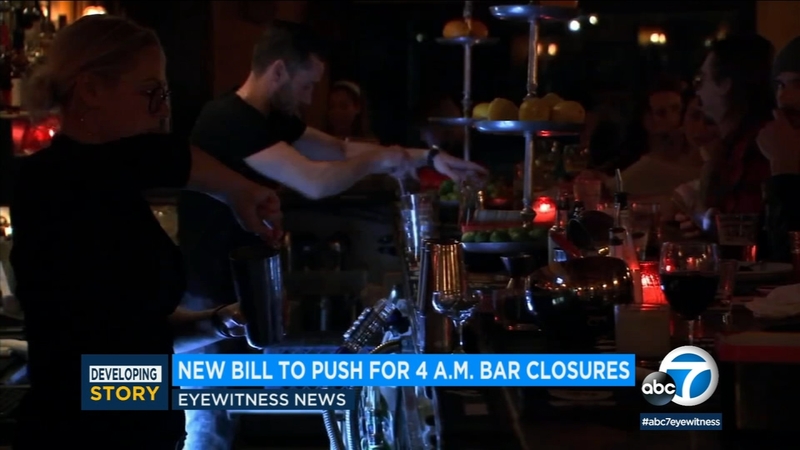 Last call bill to be revived, would be tested in 9 CA cities

LOS ANGELES -- The Let Our Communities Adjust Late-Night Act is expected to be reintroduced Tuesday in an effort to test the 4 a.m. closing times at bars in nine California cities, including some in the Southland.

Some of the cities that would test the late closing time in Southern California would be Los Angeles, West Hollywood, Long Beach, Coachella, Cathedral City and Palm Springs. Cities that participate in the proposal would create their own rules.

Supporters said the extra hours will boost business and culture.