Thousands flock to Outside Lands on Day 1 of music fest 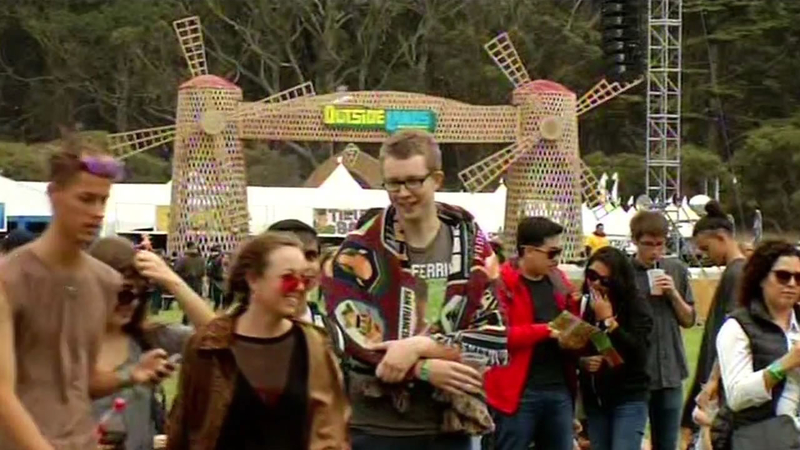 Thousands flock to Outside Lands on Day 1 of music fest

SAN FRANCISCO -- The first night of Outside Lands at Golden Gate Park wrapped up. Thousands of festival goers headed home after a chilly night filled with music, food and of course fun.

People are trying to get home, and some may be paying more for their ride than for their ticket. Uber was charging eight times the cost of a normal ride.

Highest #Uber surge pricing I've seen tonight near #OutsideLands 8.0X. Do the math - could be a pricey ride! pic.twitter.com/bADc7kedME

RELATED: 70,000 expected to attend Outside Lands Festival in San Francisco

It was a classic San Francisco day at Friday's opening of Outside Lands. A chilly summer day in the city with fog rolling in as bands played to the crowds in Golden Gate Park. The three-day long music festival has something for everyone.

"Radiohead. I'm such a die-hard Radiohead fan. I'm so stoked for that," said concertgoer Maggie Renshaw.

Outside Lands is sold out, but that doesn't mean you can't enjoy the show. People could be found on blankets taking in the music on the grass by Spreckles Lake, outside the main stage.

"It's awesome sound from here. It's no crowds. It's super mellow. We can bring a picnic. So it's perfect," said San Francisco resident Paula Rothe.

Some families find it hard to afford tickets for everyone. General admission started at $145. A VIP 3-day pass is $765.

Maritza Arana lives nearby and comes here every year with her kids. "It's just what we do. We can't afford to get in, so we get as close as we can," said San Francisco resident Martiza Arana.

This year, wristbands take the place of tickets. They can also be used as digital wallets hooked up to Pay Pal, so people can leave their purses and cash at home.