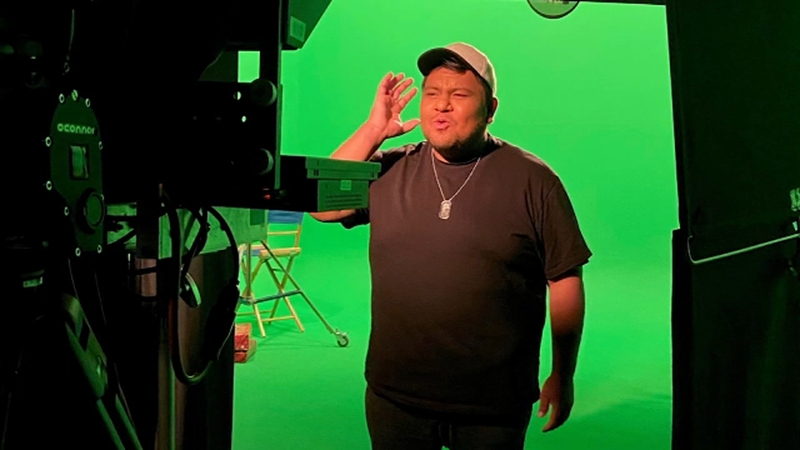 It kicked off just before noon on the NFL's TikTok account.

He was joined by fellow Valley native @NanaJoe19, creating content leading up to kickoff.

He spoke to Action News about the opportunity.

"It's not something that I expected or planned for, but I feel so grateful," he said.

Stars like the Chainsmokers and Martha Stewart also took part in the tailgate.

Gonzalez's picture was recently up on a billboard on Sunset Boulevard promoting the show.

He says he's excited for the 559 in the Central Valley to represent big deal projects like this.