While the Hulu miniseries is set in the '90s, the female-driven show tackles relevant themes amid these unprecedented times.
OTRC 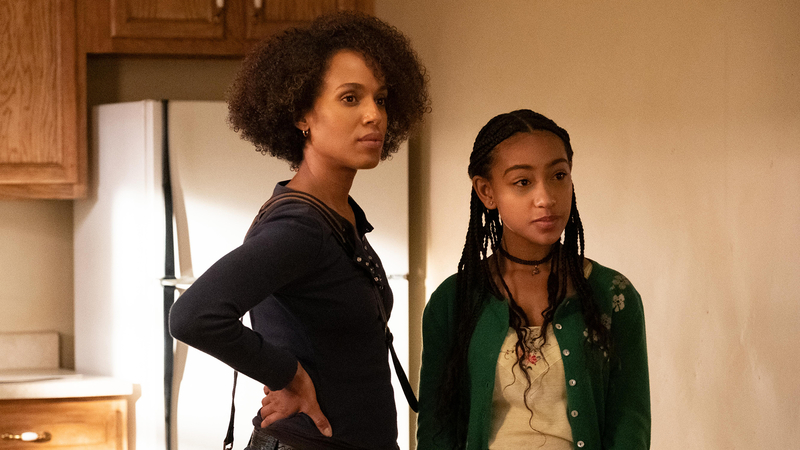 The 2020 Emmy nominees will be announced on July 28 and a top contender in all categories, including outstanding limited series, is Hulu's "Little Fires Everywhere." The diverse, female-driven team behind the limited series transformed the 2017 novel of the same name into a show that maintains relevance amid today's unrest.

The series centers around a white suburban family in the '90s whose lives are upended when an African American mother and daughter move to town.

"Yes there is the fire that happens, but there are just so many little fires everywhere that are planted throughout the story," said Lexi Underwood, who plays Pearl Warren. "Every little fire touches on an important topic that needs to be discussed right now."

"Little Fires Everywhere" explores the nuances of female relationships, socioeconomic differences and motherhood -- just to name a few. Reese Witherspoon and Kerry Washington star opposite each other as the strong matriarchs at the center of the plot.

Not only was the series led by women on screen, but behind the scenes as well. For executive producer, series creator and writer Liz Tigelaar, having a diverse team in the writing room was paramount to creating the right tone for the show. Tigelaar purposefully hired writers that had dealt with some of the same issues the show tackles in order to lend authenticity to the script.

"The story never would have been as rich or full or nuanced without the perspective of the whole writing staff," Tigelaar said.

While Stott and Underwood could have never imagined they would be releasing their show amid such an unprecedented time, both young actresses were acutely aware of the importance of the story they were helping tell.

Stott's character Izzy Richardson, who is depicted as the rebel of the Richardson family, struggles with her sexuality throughout the miniseries -- one of the reasons she is an outcast at her school.

"I want to be able to...show other teenagers that you can be a strong, independent young girl or young man," Stott said.

While Washington's character, Mia, and Pearl's races were left unspecified in the novel, the writers added a layer of racial conflict to the miniseries. In the first episode, Pearl is caught trespassing alongside Moody Richardson and brought home by police.

"You know you're not like the Richardsons, right?" Mia scolds her daughter in a subsequent scene. "The cops are not on our side...we don't get passes like them."

The first time Underwood read those scenes, the actress teared up and recognized the gravity of shedding a light on those situations onscreen.

"That scene was just so incredibly timely," Underwood continued. "It meant a lot to me."

All 10 episodes of "Little Fires Everywhere" are now streaming on Hulu.