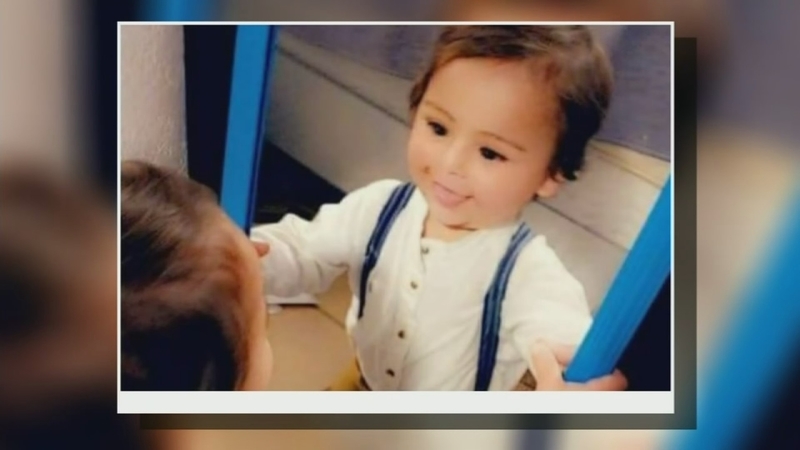 LIVINGSTON, Calif. (KFSN) -- A little boy has died in Livingston after drowning in a family pool.

Police say 15-month-old Sebastian Ruiz managed to climb into an above ground pool all while his parents thought he was asleep.

Sebastian's cousin Alicia Aguilar says, "It happened just like that. No one ever thought something like this would happen. We are all just in a lot of pain. That was the baby of the family."

His cheery smile is what family says they'll miss most.

Livingston Police say the boy and his family were enjoying the pool just a few hours before the tragedy.

Neighbor Lucia Martinez says Sebastian was asleep after swimming. She says Sebastian's mom made sure her son was napping before coming over to her house.

Livingston Police say Sebastian's father was outside washing his car when the child most likely woke up and went towards the pool.

Sgt. Ray Fong of the Livingston Police says Sebastian, "Managed to get out of the back of the house, into the pool, climb the ladder and was found in the pool unresponsive by the parents."

After he was found, Sebastian was taken to a nearby hospital where he later died.

It's a parent's worst fear during the summer months, and officers are asking them to keep an eye on their kids as temperatures warm up.

Sgt. Fong reminds parents, "It is required by law to have some fencing around the pool to prevent these things from happening."

Close friends and family are now pleading for help, collecting money that will go toward putting baby Sebastian to rest.

Sebastian's grandmother Simone Madrigal says, "I do have nine grandchildren, but I think my smiley face was our joy. You'd go, and he'd dance and smile. He was a baby full of happiness."