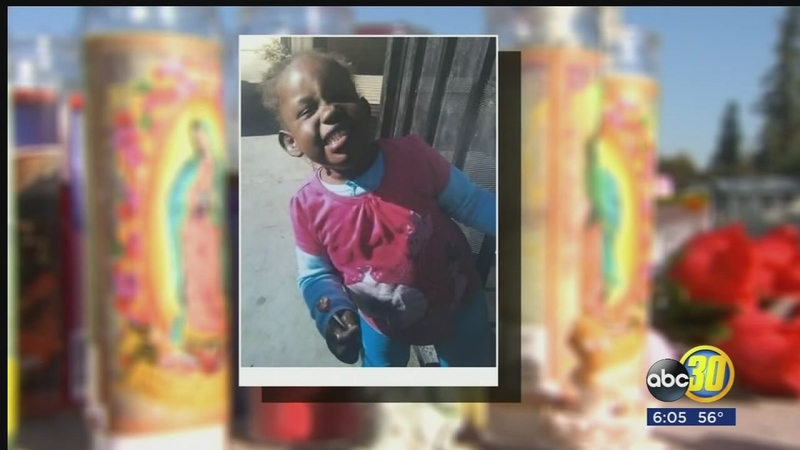 RELATED: Arrest made in hit and run that killed a 3-year-old girl, Merced Police say

The judge decided to raise Maldonaldo's bail to $600,000 after prosecutors brought up his past felony charges which could come into play as the case moves forward.

The victim's family is in the middle of planning a funeral, but took the time to be in court, and say they don't want the suspect getting let out anytime soon.

The suspect accused of killing a 3-year-old child in Merced made his first appearance in court just hours after the Merced County District Attorney filed charges.

22-year-old Isaac Maldonado faces a vehicular manslaughter charge, along with a hit and run charge for killing Dayveonna Polk earlier this week.
RELATED: Police are searching for suspect involved in a fatal hit and run in Southeast Fresno


Outside, Dayveonna's mom is emotional after seeing her daughter's alleged killer for the first time.

Maldonado is accused of hitting Dayveonna with his car at the intersection of R and 18th Street while the toddler and her family were crossing the street.

Police traced both Maldonado and the car to Modesto where they took the driver into custody. He stayed quiet in court, only speaking up to ask the judge about getting out of jail.

Prosecutors brought up Maldonado's criminal history which includes a burglary in 2013.

Katie Gates from the Merced County DA's Office said, "We're going to look into whether he has in fact been convicted of a strike before. It affects how the court sets bail and also what his potential sentence could be if convicted."