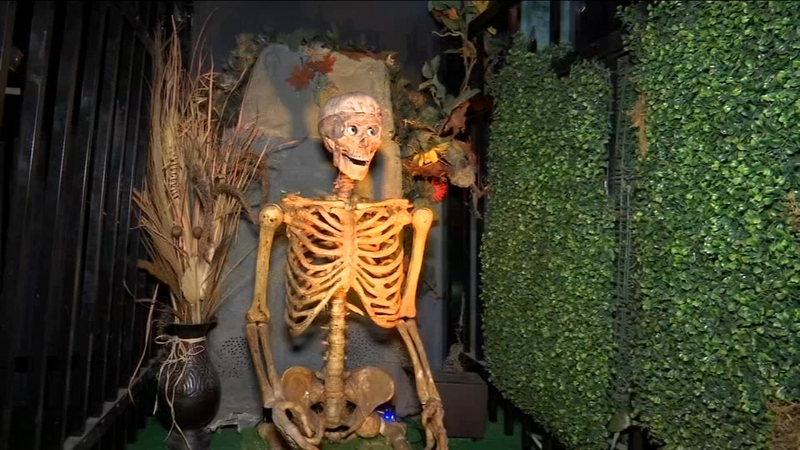 FRESNO, Calif. -- Ghost Golf officially opened its doors and there is nothing like it in the Valley.

It's an indoor mini golf with a scary and silly twist.

"This old graveyard had a caretaker named Jasper and Jasper loved golf. So in his off hours, he would take whatever he could to put together a putting green through the graveyard," said Owner Daryn Coleman.

But those who were laid to rest are not too happy about it.

"They will come out and let you know," said Coleman.

Of course, this is all pretend and do not worry it isn't supposed to be extremely scary--just startling.

"There are things that pop out at you, but generally when they do pop-up they crack jokes or they make fun of you. Really we try to make it for all ages," said Coleman.

The best part? Ghost Golf is year-round, not just for the Halloween season.

Besides golf, you'll also get to shoot at mummies.

Daryn Coleman and his wife have been working on this project for about a year now.

They closed their location in the Bay Area to open up in Fresno.

"Fresno offered a really great location. It offered great buildings. It was really affordable for us," said Coleman.

And we are looking forward to having that new client base, customer base to entertain.

They are already thinking of expanding looking to add some sort of escape room next year.

"You'll have to get to the button to release the toxins to kill the zombies before they get you," said Coleman.