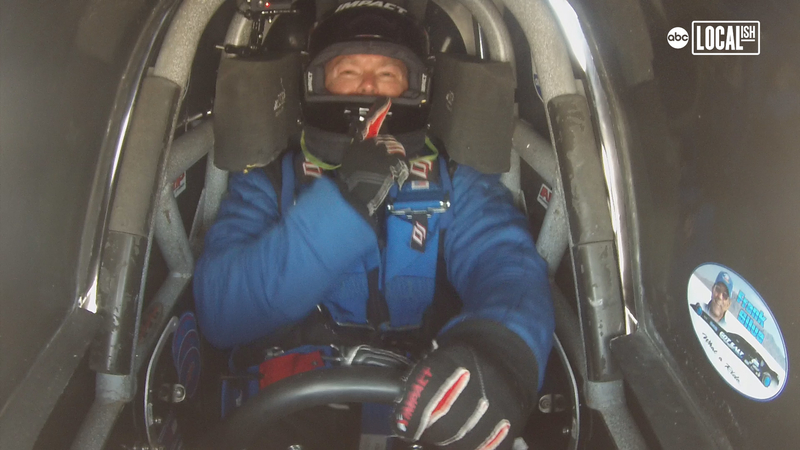 AUBERRY, Calif. -- It's a tradition at the Bonneville Salt Flats to spread the ashes of lost loved ones on the track. A Central California firefighter wanted to honor his father that way - and he set a racing record on the same trip.

"It was a dream come true. And we didn't have any intention when we left Fresno of going after record, and we ended up having a lot more fun than we thought we were going to," said Frank Silva, Jr. He works for the Fresno Fire Department, and in his spare time, he's a driver on the Got Salt Racing team.

"Small team with big goals," Silva said. He and his team race the Got Salt Lakester racecar at Bonneville Speedway in Utah every year. The wide-open salt flats and terrain lend themselves to attempts at land speed records.

In August of this year, the team set a new record for their class (AA/BFL), traveling at more than 353 MPH with Silva behind the wheel.

"It felt great, it felt amazing and it's a great car and motor, it just felt awesome," Silva said. Ironically, the goal of the trip wasn't to set a record of any kind; it was to spread the ashes of Silva's late father, who passed away from a pre-Leukemia blood disease in 2013. His father, also named Frank, was an avid racer and the reason Frank Jr. got into racing in the first place.

The car that Silva drove in August used to be driven on those same salt flats by his father.

"It's been a traditional thing at the Bonneville Salt Flats for a long time that if your loved ones are cremated, they pack the remains in the parachute. A car will make a pass, deploy the parachute and scatter the ashes," Silva said. "I've been waiting seven years to do this."

During their trip where they broke the record, Silva released his dad's ashes during a run in the car his dad used to drive.

"I had tears in my eyes. Even though he's been gone seven years, I felt a closeness to him," Silva said. "It was very special."