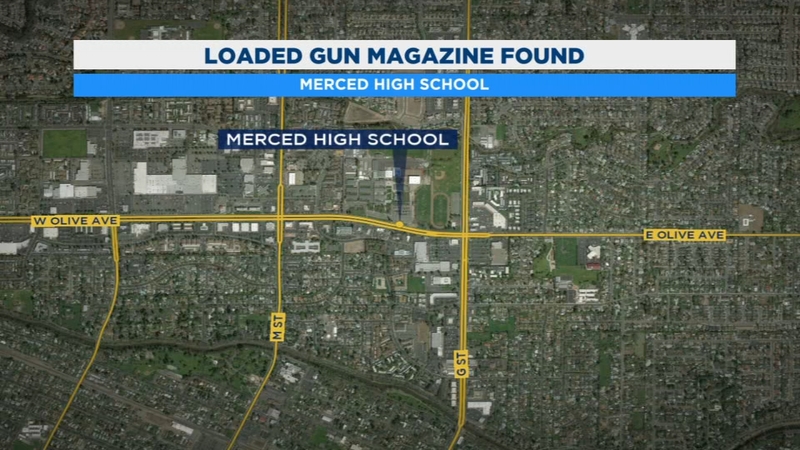 FRESNO, Calif. (KFSN) -- Merced High was placed on lockdown on Monday morning after a student brought a gun magazine to campus, police said.

The student, who was not named, found the loaded magazine on their way to school and placed it in bushes in the campus, the Merced Police Department wrote in a release.

The student then told a campus liaison about the magazine, but did not reveal that they were the one to bring the magazine onto campus, afraid that school rules had been violated.

Officials have since lifted the lockdown and school is back on.

Police officers are now checking the area where the student said they found the gun for a weapon for evidence of any other crime. The student has not been charged with a crime and is cooperating with school officials, police said.