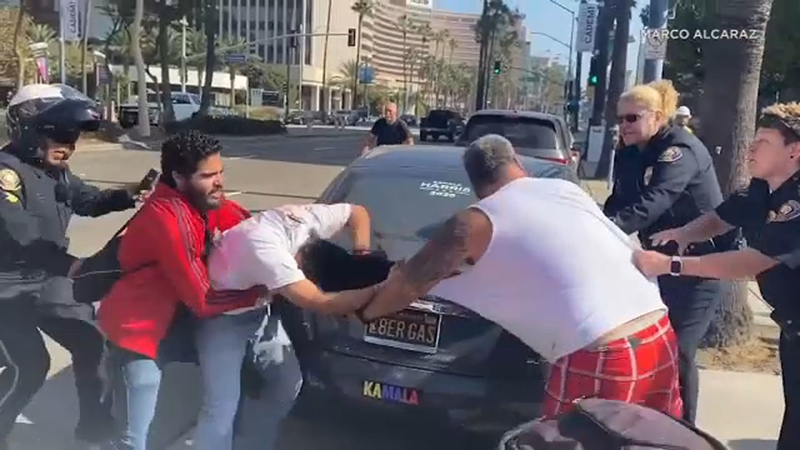 LONG BEACH, Calif. -- Three people were arrested Saturday after President Trump supporters clashed with Democratic counter-protesters during a small rally outside of the California Democratic Convention in Long Beach.

The altercation between the two groups broke out around 11:30 a.m. near Ocean Boulevard and Pine Avenue, according to the Long Beach Police Department. It started with verbal insults which escalated into punching and shoving.

It was unclear who initiated the fight but nearby police quickly broke it up.

Two of the three people arrested were injured and taken to the hospital with non-life threatening injuries. One of them was seen with lacerations to his face.

All three are now facing charges of assault with a deadly weapon that was not a firearm, police said.

"LBPD is committed to ensuring everyone's 1st Amendment rights, but we also want to remind you that any violence of any kind will not be tolerated in our community," the department said in a tweet.