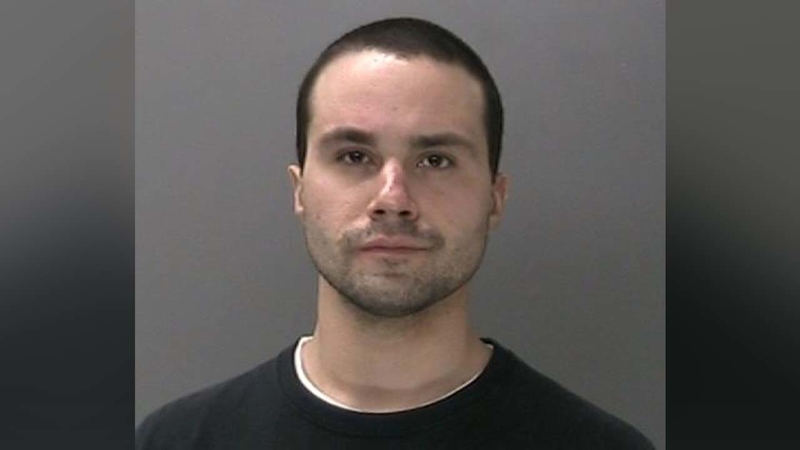 SAYVILLE, Long Island -- A Long Island man is accused of gouging his grandmother's eyes out during a fight and leaving her blind.

Officials announced Wednesday that 30-year-old Michael Grief was arrested on three counts of violent assault for the incident.

In court, officials said the incident was a result of a dispute with Grief's 78-year-old grandmother, Sheila Grief, in the home they share on Lincoln Avenue on Feb. 19.

Authorities say the fight started after he overdrew her debit card by $1,000. She ran to a neighbor's house for help.

Moments later, prosecutors say he followed her outside and "pressed his fingers into her eyes, one at a time, causing the globe of each eye to rupture."

Neighbors became aware of the assault and called police.

She was taken to Stony Brook University Hospital where she underwent eight hours of surgery. Doctors say she has less than a 1 percent chance of regaining her sight.

Prosecutors say that when he was told what he did, he simply shrugged and said "so."

"He seemed apathetic toward the situation, this is an individual who we consider dangerous and we have to take all appropriate action," Suffolk County District Attorney Timothy Sini said.

Officials said he does not have any prior arrests, but he does have a history of mental illness and had been admitted for care when he was younger.

The superintendent of their building said he heard fights going on for years.

"I heard yelling and screaming sometimes they would fight and stuff, and then one of the neighbors that lived here years ago said that they always fought," superintendent David Ryan said.

"The message here is one about domestic violence: Often people find themselves in situations with their family members where they feel helpless or threatened, and we want to encourage those people to reach out," Sini said. "If you are in immediate danger, call 911. In non-emergency situations, you can also reach out to the District Attorney's Office and we can put you in contact with a victim's advocate who can empower you and help you navigate the process of ensuring your safety."
Report a correction or typo
Related topics:
arrestabusefightattackgrandparents
Copyright © 2022 WABC-TV. All Rights Reserved.
TOP STORIES
Teen killed, another injured in shooting in Orange Cove
Man hospitalized after shooting in Madera, police investigating
19-year-old hospitalized after explosion at Table Mountain Casino
Suspected child abuser rearrested after warrant served at church
Foggy Day School Schedules, Fog Tracker from ABC30
Doctors weigh in on what future of living with COVID looks like
Field worker's truck stolen by armed man in Hanford, deputies say
Show More
Omicron variant impacts Valley Children's hospitalizations, staffing
Cold case team shines new light on betrayal of Anne Frank
Farmer uses art to help fund well for fellow 81-year-old Valley farmer
Microsoft buying Activision Blizzard in $68.7 billion deal
Multiple storage units damaged after fire in SE Fresno
More TOP STORIES News