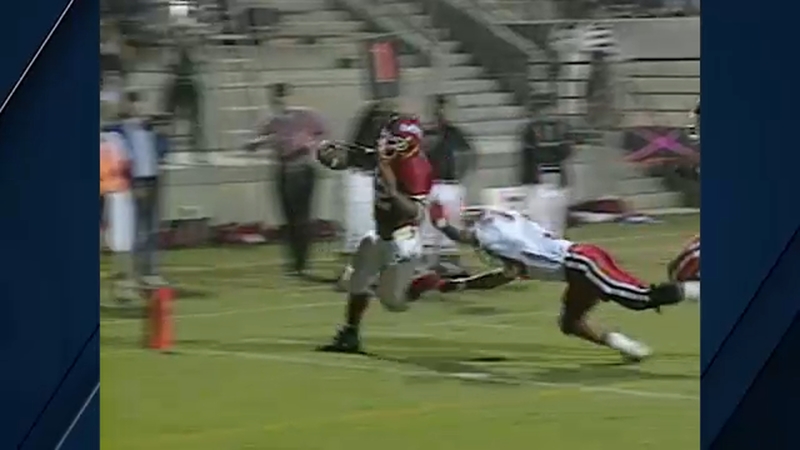 Soon, Lorenzo Neal will be added to the list of retired jersey numbers at Bulldog Stadium.

Fresno State is set to retire Neal's number 22 Saturday during halftime of the Bulldogs game against Nevada.

Neal left the program as an All-American and '92 Freedom Bowl MVP before going on to play 16 seasons in the NFL.

"That '92 team, the Freedom Bowl team, there was one unquestioned leader to that team and moral authority to that locker room," Dilfer said. "Everything revolved around one human, and that was Lorenzo Neal. We had some really good players and a lot of guys going on to have NFL careers but there was one dude, and that dude was Lolo."

A four-time Pro Bowler, Neal is considered one of, if not the best blocking fullback in league history -- having blocked for a 1,000-yard rusher 11 straight seasons from 1997 to 2007, earning him a spot on the Sporting News Team of the Decade for the 2000's.

Neal was recently included among the modern-era nominees for the Pro Football Hall of Fame. He would be the first blocking fullback to have his name enshrined in Canton.

"Now we have NFL kickers that have made the Hall of Fame," Neal said. "I do believe the fullback should. If it's not me, look at a guy like Mike Alstott, who's one of the best running fullbacks to ever play. Look at a guy like Larry Centers, who caught over 100 passes in a year. Look at guys like Sam Gash and Moose Johnson who blocked for Emmit Smith."