Dodgers heading to NLDS after 5-2 tiebreaker win over Rockies 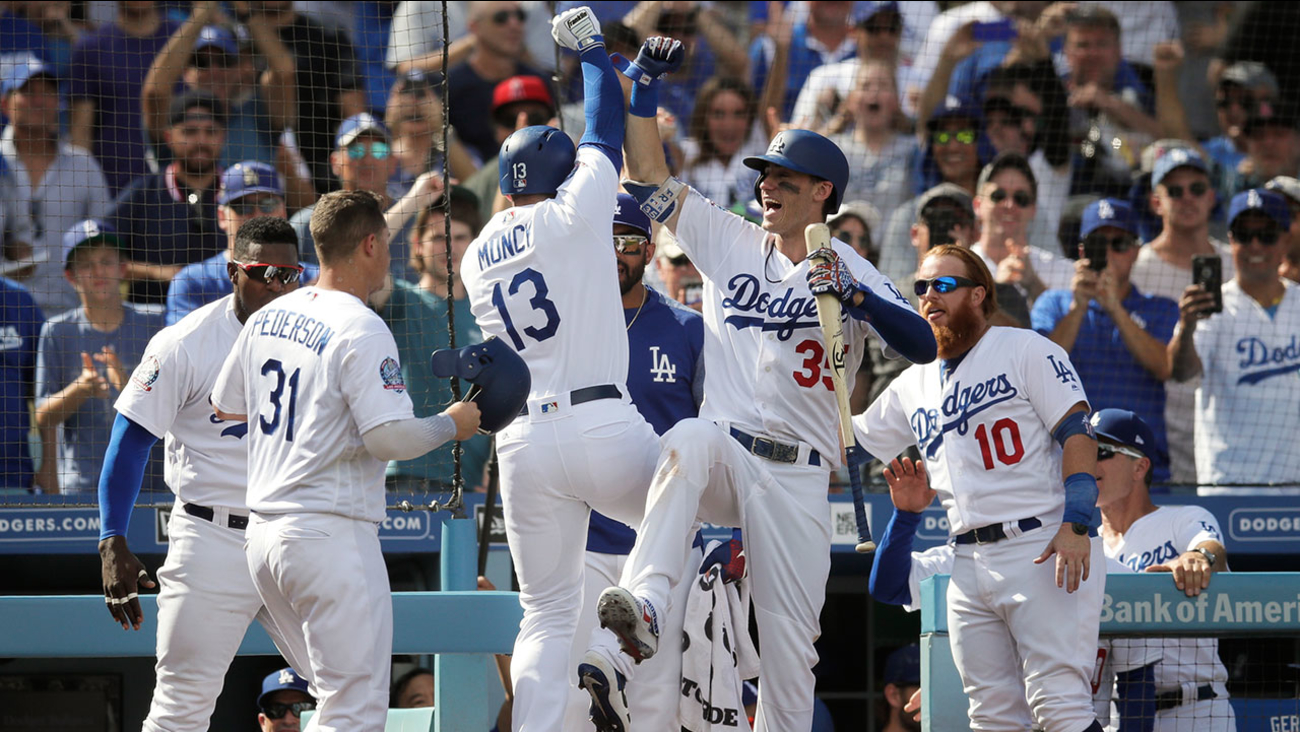 LOS ANGELES -- The Los Angeles Dodgers are headed to the NLDS after taking down the Colorado Rockies in a one-game tiebreaker to determine the NL West champ.

The 5-2 win makes the Dodgers the NL West champ for the sixth straight time.

After three scoreless innings, the Dodgers opened up the lead in the fourth with a two-run home run from Cody Bellinger.

Max Muncy repeated the feat the next inning with his own two-run homer.

Rookie pitcher Walker Buehler held the Rockies scoreless and exited with two outs in the seventh inning. He also drove in a run on a single in the sixth, sending Enrique Hernandez home.

Colorado finally got on the board in the ninth inning with a solo homer by Nolan Arenado off reliever Kenley Jansen. A second solo homer by Trevor Story threw a scare into the Dodgers. But manager Dave Roberts kept Jansen in and he held on for the win.