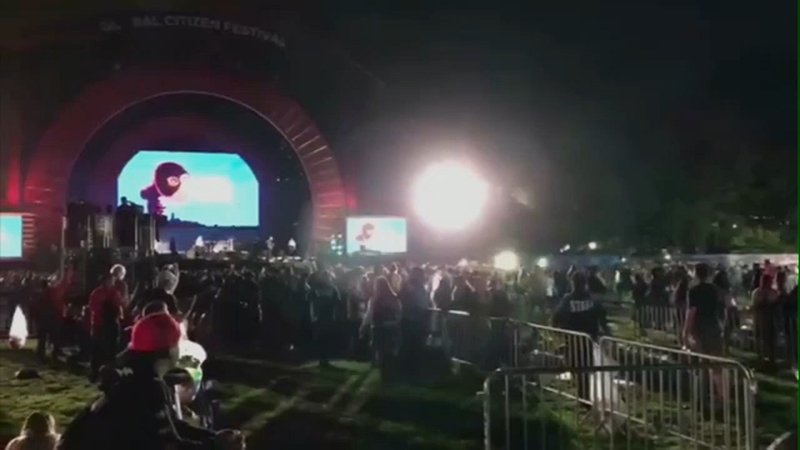 CENTRAL PARK, Manhattan -- Thousands of people ran for it when they hear what they thought were gunshots at the Global Citizen Festival on the Great Lawn in Central Park.

It turns out the frightening sound wasn't gunshots after all - but the fear was very real.

After what happened in Las Vegas it doesn’t take much to cause chaos. What caused the panic was a false alarm. But the fear was real. Crowd thought sound of falling barrier was gunshots. Caused stampede. 60K at #GlobalCitizenFestival2018 in Central Park. courtesy @teddyanson95 pic.twitter.com/K9yDQ60cK5

Police say the cause of the mortifying fear was the sound of a police barrier that fell.

The crowd feared the worst.

"Just a mob of people started running. It felt like a war zone. It was insane, and then people were just running and there were security guards telling us to duck down," said Teddy Dumont.

No gunshots were fired.

Most of the injuries were minor.

The show continued after a brief interruption - but many people left, in no mood to return.