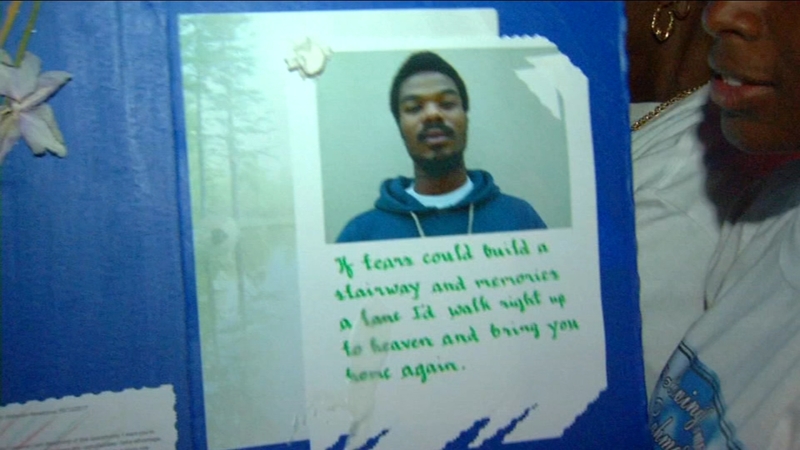 FRESNO, Calif. (KFSN) -- Exactly one year after a 21-year-old was killed in a drive-by shooting in Central Fresno his friends and family came together to commemorate the anniversary of his death.

Rahman Newsome was trying to catch a bus in October of last year when he was killed by a drive-by shooter near Normal and Mayfair Drive.

RELATED: Family honors their son after being killed in drive by shooting

His family gathered near the place where he was killed in hopes of seeking justice for their son's murder.

"Anybody got any leads or anything, we'd like to have some help-find who murdered our son," said Andrew Newsome, father.

No arrests have been made in connection to the shooting.

Newsome was killed just two months before he was expected to graduate high school.