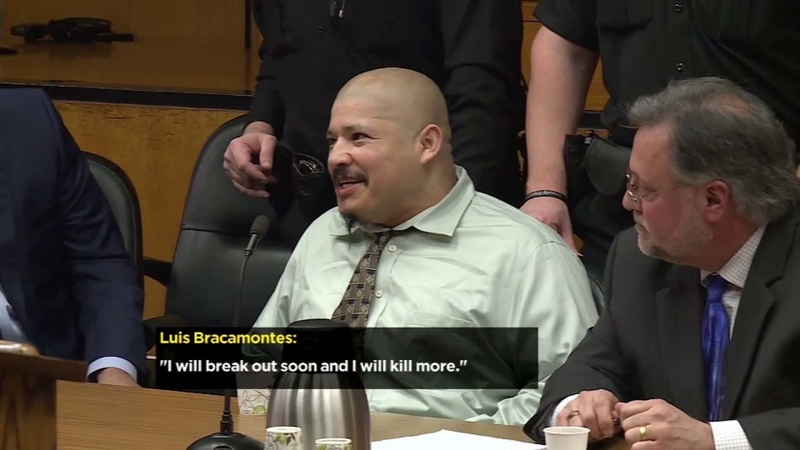 SACRAMENTO, Calif. (KFSN) -- A suspect standing trial in the slayings of two Northern California deputies had several outburst in court, including saying he wished he killed more cops.

Prosecutor Rod Norgaard was describing in his opening statement how Deputy Scott Brown retreated under heavy fire that killed his partner, Sacramento sheriff's Deputy Danny Oliver, outside a Sacramento motel in October 2014.

Bracamontes grinned, then called Brown a "coward" before he was admonished by Sacramento Superior Court Judge Steve White to remain silent.

White briefly removed the jury as defense attorneys said Bracamontes' statements were more signs that their client is unfit to stand trial. The judge also warned Bracamontes that he could be removed from court.

They were the latest in a series of outbursts by Bracamontes.

On Wednesday, Bracamontes shouted profane threats in English and Spanish moments after court proceedings began for the day.

His public defenders renewed their request to allow him to plead not guilty by reason of insanity, in part because of his frequent courtroom outbursts.

Judge White denied the request and ordered Bracamontes, 37, removed until he promised to behave himself. He was later allowed to return to the courtroom.

"I'm going to kill one of you (expletive)," Bracamontes told jurors as the jury was escorted out of the courtroom.

Bracamontes could face the death penalty if convicted, while his wife could face life in prison.